Announcing Jane Singleton AM, Director of the Sydney Peace Foundation

Announcing Jane Singleton AM, Director of 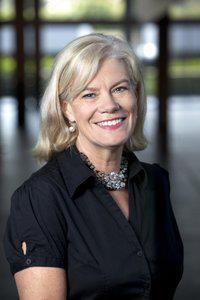 Inaugural presenter and senior reporter for ABC TV’s 7.30 Report, Jane Singleton AM, will take over from Stuart Rees as the Director of the Sydney Peace Foundation.

Jane has had long and diverse media career nationally and internationally, from The Age, Melbourne, ABC Radio, Brisbane – Public Affairs “AM/PM”; to UK publications including The Financial Times, The Economist, and The Daily Mail.

She said, ‘I have followed the Foundation’s significant achievements and I admire the principled stands it has taken on important and often controversial issues. Whatever opposition we might encounter, I intend to continue this invaluable work.’

Professor Rees said, ‘I am thrilled with Jane’s appointment. She already has a deserved reputation for showing courage in public life. That quality augurs well for her leadership of the Foundation.’

Following her media career Jane built an innovative PR and Public Affairs Consultancy specialising in ethical campaigns in the public interest. She has worked on and coordinated a number of highly successful campaigns for human rights and social justice. Including the fight for the survival of Land Councils in NSW, the un-banning of the drug ru486 and the removal of the Family Planning Guidelines which mirrored the infamous US Global Gag, support for Nelson Mandela before his election and compensation for asbestos victims.

Jane has spoken widely on issues relating to women, children and media and advocacy and lectured at universities around Australia. She has also held a wide number of directorial positions, including as Chair of the International Aid Agency, ChildFund, Chair of the Interim National Accreditation Council on Child Care, Chair of the Australian Consumers Council (advisor to the Federal Minister), Federal President of the Media, Entertainment and Arts Alliance, and on the Council of the National Gallery.

Jane was awarded the Member of the Order of Australia for services to women, media, development, and the community.

Emeritus Professor Stuart Rees will assume a new role as Chair of the Foundation.