The Uluru Statement from the Heart has been awarded the 2021 Sydney Peace Prize, Australia’s only international prize for peace.

The Sydney Peace Foundation at the University of Sydney chose the Uluru Statement from the Heart as the winner of the prize from over 200 nominations, noting the document is a “clear and comprehensive agenda” for healing and peace.

The Sydney Peace Prize said the Uluru Statement from the Heart is an ‘historic offering of peace’.

On Wednesday, coinciding with National Sorry Day, Professor Megan Davis, Pat Anderson and Noel Pearson accepted the peace award on behalf of those who worked on the Uluru Statement from the Heart. They have spent the past four years, since the delivery of the statement, leading the campaign for a referendum to change Australia’s constitution. 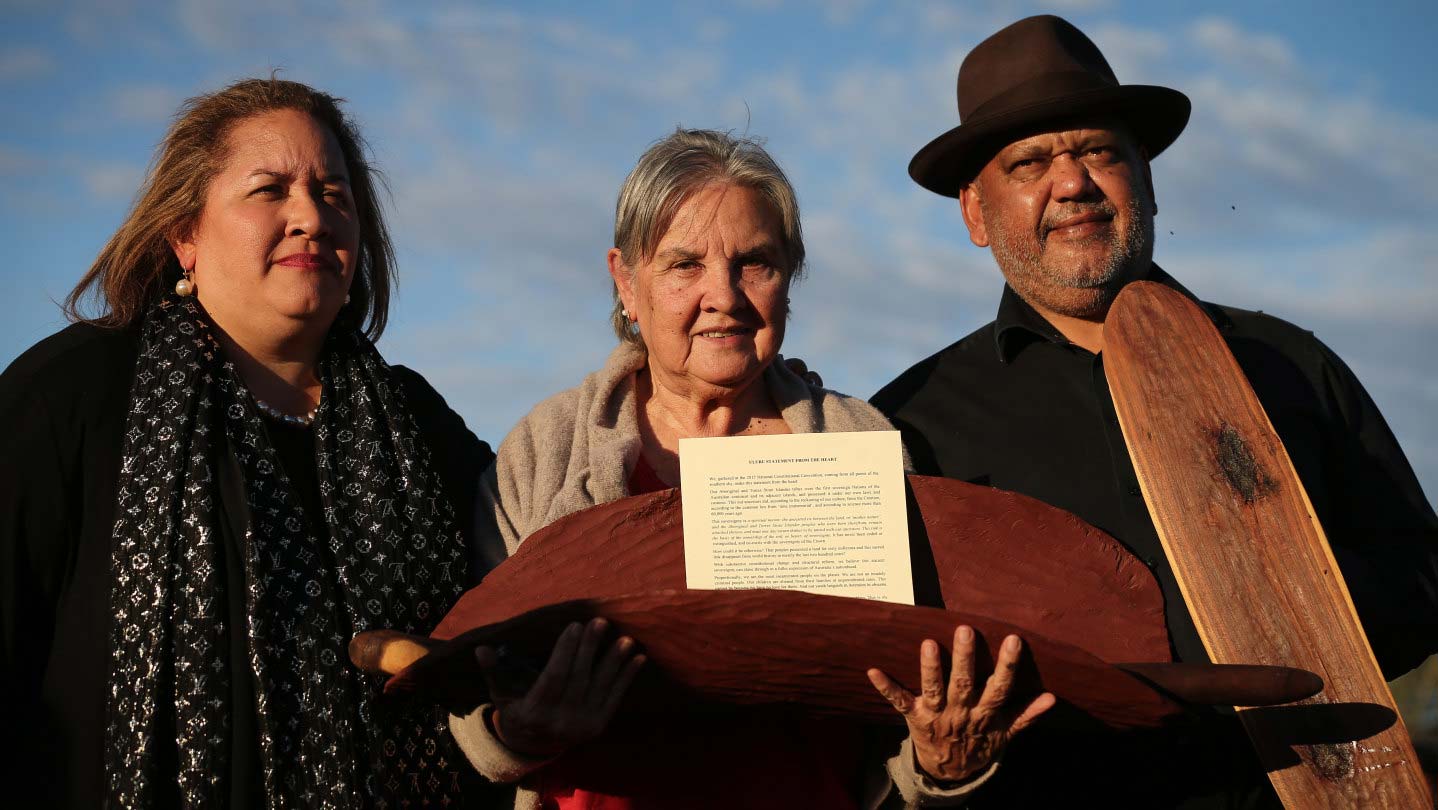 Professor Megan Davis (left) called it a “roadmap to peace for the nation”.

“The Uluru Statement was the culmination of a dialogue process designed to take agreement and disagreement and elicit a pathway forward on the vital question of recognition,” Professor Megan Davis said.

“This is a tribute to the men and women of the dialogues who crafted a roadmap to peace for the nation. We are accepting this prize on behalf of all of the First Nations that participated in the Uluru Dialogues and the National Constitutional Convention at Uluru in 2017.”

Pat Anderson said the statement was issued as an “invitation to the Australian people to walk with us First Nations people” and to “compel the politicians we elect to embrace change”.

“As Australians we walked together once before, in 1967, and it was the highest ‘yes’ vote in Australian constitutional history. We are going to have another run at it,” Anderson said.

Noel Pearson said it is the answer to the Commonwealth’s desire to recognise First Nations in the Constitution.

“The evidence four years later is overwhelmingly that Australians will support giving us a voice. It’s time,” he said.

Past winners of the Sydney Peace Prize include the #MeToo Movement, the Black Lives Matter movement, Patrick Dodson, Naomi Klein, and Noam Chomsky.

“It’s now up to all of us to make its vision a reality,” Law said.

This article was written by Madeline Hislop and first appeared in Women’s Agenda on 27 May.