In Honour of Outrage

Sydney Peace Foundation is to award a posthumous Gold Medal to 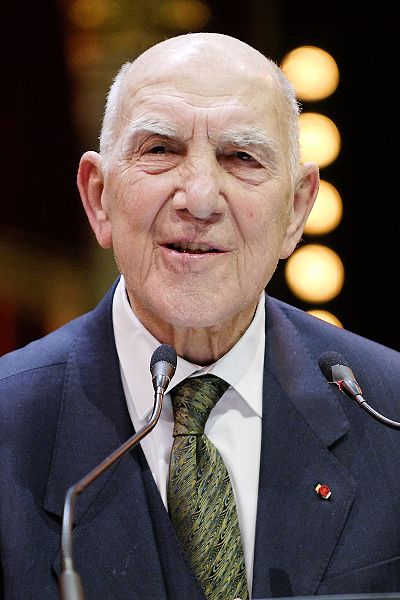 On 2 May, at the Australian Embassy in Paris, the Sydney Peace Foundation will award a posthumous Gold Medal for Human Rights to Stéphane Hessel for his life-long contribution to building a more peaceful and just society.

Stéphane Hessel, a German born Jew whose family fled to France, became a fighter in the French Resistance where he was captured, tortured and escaped execution by the Nazis. On returning to Paris, Hessel became a diplomat and was a one of twelve members of the committee who drafted the Universal Declaration of Human Rights. As the French Ambassador to the United Nations in Geneva, Hessel promoted non-violent responses to conflict and made many stands against human rights abuses. In 2009 he published the Book “Time For Outrage” which sold 4.5 million copies in 35 countries and is credited with being the catalyst for Occupy Movements around the world.

Stéphane Hessel was originally selected by the Sydney Peace Prize Jury to be the 16th recipient of the Prize. Sadly, on 6 March 2013, at 95-years old, Hessel passed away quietly in his sleep.

Following an address by Chair Stuart Rees, and a reception hosted by Australian Ambassador to France Ric Wells, the Gold Medal will be presented to Hessel’s widowed wife Madame Christane Hessel-Chabry.

The Foundation hopes that this award will help broadcast Hessel’s words of outrage and hope, and that his legacy will continue to spread and inspire non-violent protests around the world.

Please note that copies of Hessel’s inspiring little red book Indigez-vous! are available for $9.34 AUD including delivery from here: http://www.bookdepository.co.uk/Time-for-Outrage-Stephane-Hessel/9781455509720

See photos and a write-up of the event here: https://sydneypeacefoundation.org.au/2013-stephane-hessel/