When a scholarship or is being offered it will be advertised by the University’s Research Office News Bulletin and may also be advertised in relevant press.

Donations are gratefully accepted by the Foundation for full or a half scholarships, to which companies or individuals may be directly credited in this space as well as in our Annual Report.

In 2012 our Chair Stuart Rees funded a scholarship to be offered, through Mahbobas Promise, to Mujib Abid from Afghanistan.

Mujib started his MA in Peace and Conflict Studies in the second semester of 2013 and graduated in 2015. His dissertation discussed identity, power and legitimacy within Afghan Mujahidin.

He is currently pursuing a PhD degree with the Department of Government and International Relations.

Bonaventure Mkandawire from Malawi joined CPACS in 2006 to undertake a Master of Peace and Conflict Studies. He graduated in February 2008.

After a year of lecturing in Gender Studies, Government, History and Politics at the University of Livingstonia in his native Malawi, Bonaventure was awarded the highly competitive University of Sydney International Scholarship (USydIS) to enable him to return to CPACS to begin his PhD exploring the issue of intra-ethnic conflict. 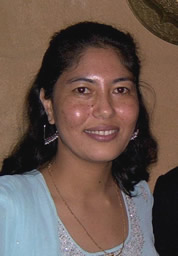 In 2004, Citigroup offered a scholarship to Abha Shrestha from Nepal to complete a Master of Peace and Conflict Studies.

Abha completed the Masters with Merit and returned to Nepal in 2005 where she is working in Pokhara on gender issues.

We thank these sponsors for their vision and commitment to promoting higher degree education in peace and conflict studies for students from disadvantaged communities.