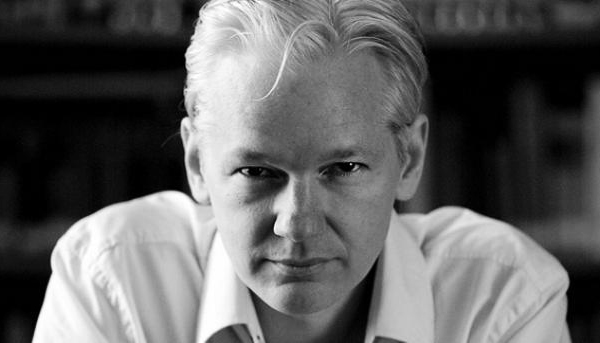 Julian Assange, co-founder of WikiLeaks, has been awarded the Sydney Peace Foundation’s Gold Medal at a ceremony overnight in London’s Frontline Club for “exceptional courage in the pursuit of human rights”.

Presented by veteran Australian broadcaster Mary Kostakidis, The Sydney Peace Medal recognises Assange’s leadership, courage and tenacity in journalism and publishing, and pays tribute to his enduring conviction that truth matters and justice depends on it.

Kostakidis, a former member of the Australian Human Rights Consultation Committee, praised WikLeaks as an “ingenious and heroic website that has shifted the power balance between citizen and the state by exposing what governments really get up to in out name”. Acknowledging that “exposing secrets can be dangerous business”, Kostakidis thanked Assange for his “heroic courage” as a whistleblower to take “great risks for our benefit”.

The Sydney Peace Foundation Gold Medal is awarded on occasion to recognise extraordinary achievement for the promotion of peace with justice. It is distinct from the Annual Sydney Peace Prize, which is awarded in November each year, and is the Foundation’s preeminent accolade, made in honour of a lifetime’s commitment to advancing peace with justice.

The 2011 Sydney Peace Prize recipient will be announced on June 1 at the Sydney Town Hall by Her Excellency Professor Marie Bashir AC, Governor of New South Wales.