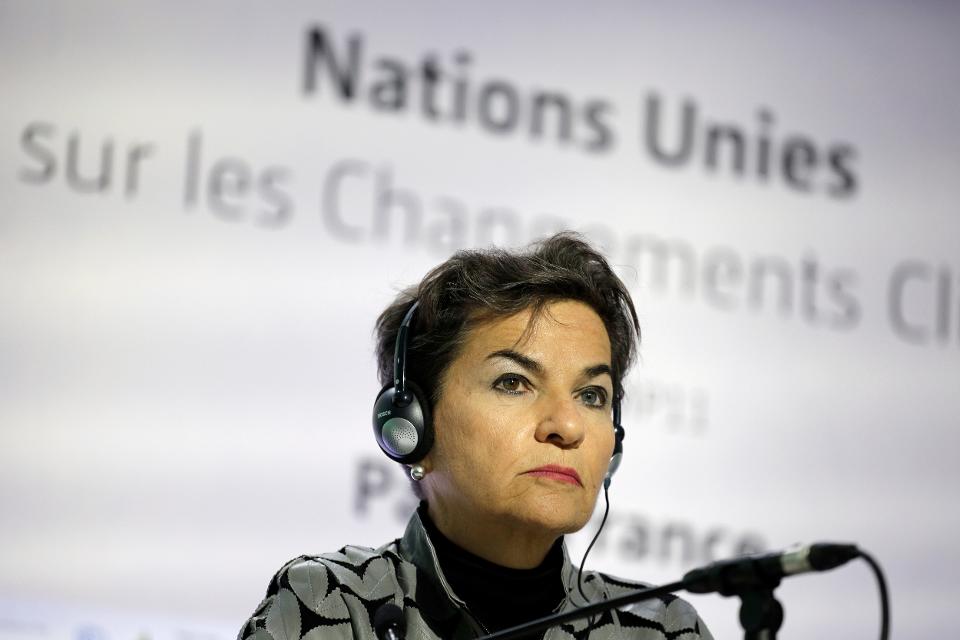 10 Things You Can Do About Climate Change, According To The Shepherds Of The Paris Agreement

Christiana Figueres once credited the Buddhist teacher Thich Nhat Hanh with helping her shepherd 192 countries from blaming to collaborating, from paralysis to empowerment in the Paris Agreement.

“Throughout our lives we have found that what we do and how we do it is largely determined by how we think,” Figueres told me via email. “While there is never a guarantee of success at any challenge, the chances of success are predicated on our attitude toward that very challenge….

“It is a lesson we learned as we prepared the Paris Agreement, and is a valuable guide for the urgent challenge we are facing this decade.”

In “The Future We Choose: Surviving the Climate Crisis,” published today by Alfred A. Knopf, the authors recommend a mindset for climate activism that rests on three attitudes: radical optimism, endless abundance and radical regeneration.

Radical optimism echoes an organization the authors formed, Global Optimism, to combat pessimism and denialism. Endless abundance is the sense that there are resources enough for all, to combat competitiveness and tribalism. Radical regeneration means caring for both nature and oneself, to combat exploitation and burnout.

Then the authors get to action.

“We have discussed the mindset everyone needs to cultivate in order to meet the global challenge of the climate crisis, but on its own, this is not enough,” they write. “For change to become transformational, our change in mindset must manifest in our actions.”

“While there is never a guarantee of success at any challenge, the chances of success are predicated on our attitude toward that very challenge….

Many of the recommended actions also occur in the mind, at least initially, constituting a transformation in priorities. In a chapter titled “Doing What Is Necessary,” Figueres and Rivett-Carnac propose these ten actions:

1 Let Go Of The Old World

First, the authors propose that we honour the past—for example, it’s okay to acknowledge that fossil fuels have improved quality of life, for some—and then let the past go. Let the change come that is necessary to transform the world. That means not only pragmatic change like allowing offshore wind development but, they say, psychological change like resisting the urge to engage in tribalism and the illusion of certainty.

but hold a vision of the future. The world under climate change will not resemble the world many us knew in our youth. “We cannot hide from the grief that flows from the loss of biodiversity and the impoverished lives of future generations,” the authors write. They advise readers to face this grief, rather than turn away from it—an approach that borrows from their Buddhist influences—and then to embrace an optimist vision of the future. “A compelling vision is like a hook in the future. It connects you to the pockets of possibility that are emerging and helps you pull them into the present.”

Here the authors defend objective science and warn readers not to give in to pseudoscience. But they also urge readers not to vilify those who embrace denialism. “If you reach them, it will be because you sincerely listened to them and strove to understand their concerns. By giving care, love, and attention to every individual, we can counter the forces pulling us apart.”

4 See Yourself As A Citizen…

not as a consumer. Here the authors depart from the usual approach of urging people to stop buying stuff. Instead, they focus on the psychology behind consumption. “Much of what we buy,” they say, “is designed to enhance our sense of identity.” Instead, they say, envision a good life that does not depend on material goods.

As pragmatic as this action sounds, the authors depict fossil-fuel reliance as an attachment—an attachment to the past. “Only when this mindset is challenged can we migrate our thinking, finances, and infrastructure to the new energies.”

Here the authors urge the most pragmatic actions: plant trees, let natural areas go wild, eat less meat and dairy, boycott products that contribute to deforestation. They mention palm oil in an example but not pork, beef or chicken—major products that drive deforestation. Instead they stay positive, emphasizing the benefits of a plant-based diet. “The future we must choose will require us to pay more attention to our bond with nature.”

7 Invest In A Clean Economy

Here the authors mean much more than putting money into wind and solar. They mean moving beyond a model of economic growth that rewards extraction and pollution, toward “a clean economy that operates in harmony with nature, repurposes used resources as much as possible, minimizes waste, and actively replenishes depleted resources.”

Artificial intelligence has the potential to solve problems that have so far remained intractable, the authors argue, such as any attempt to shift from an extractive economy to a circular one. But that will happen only—they say—if AI is used responsibly. “If we make it through the climate crisis and arrive on the other side with humanity and the planet intact, it will be largely because we have learned to live well with technology.”

When women lead, good things happen, the authors say, citing a wealth of studies. “Women often have a leadership style that makes them more open and sensitive to a wide range of views, and they are better at working collaboratively, with a longer-term perspective. These traits are essential to responding to the climate crisis.”

“Civil disobedience is not only a moral choice, it is also the most powerful way of shaping world politics.”

THIS ARTICLE WAS WRITTEN BY JEFF MCMAHON AND FIRST APPEARED IN FORBES ONLINE.