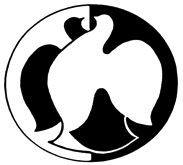 The Centre for Peace and Conflict Studies (CPACS), sister organisation to the Sydney Peace Foundation, invites you to the following talks in April:

2014 marks the 20th anniversary of the genocide against the Tutsi in Rwanda. CPACS will join with the Rwandan Community of NSW to organise two commemoration events:

Thursday 10 April | 6-8 pm Preceded by refreshments in the Woolley Common Room from 5.30 pm

Boycott, Divestment, Sanctions (BDS): What you want to know and are afraid to ask

Follow up article in the New Matilda by Stuart Rees published 15 April: The Israel Lobby’s Goal Is Silence

The Centre for Peace and Conflict Studies (CPACS) will host a photo exhibition and talk by John Rodsted on the deadly weapons called explosive remnants of war such as landmines and cluster munitions. John will talk about his firsthand experience in conflict-affected countries where he identified the presence of landmines, cluster bombs and unexplored ordnance in Cambodia, Bosnia, Kosovo, Afghanistan, Timor Leste and Lebanon. His subject is mainly communities at risk, ordinary people trying to survive the horrors of war.

Most Studies of the problem of hunger in the world have treated it as a technical problem arising from limits in the capacity to produce food. Little attention has been given to the importnace of human relationships. It should be recognised that the likelihood of hunger occurring in any community depends on whether people care about one another, are indifferent, or exploit one another. In any stable community, if people care about one another’s well being, they are not likely to go hungry. This is true even where people have little money.

Caring communities can protect people from exploitation, they can establish local food systems that are sensitive to nutritional needs. Protecting and strengthening caring communities could be an effective means for reducing hunger in the world.

Enemy Images as Barriers to Peace and Reconciliation: Using Cross-sectional surveys to look at Turkey’s Kurdish Issue from a Socio-Psychological Perspective

The Kurdish Issue in the Middle East is one of the longest and deadliest ethnic conflicts in the world. Although since 2009, there are efforts to transform this conflict, there is still no clear hope for a peaceful society in Turkey. This talk is about the complex multi-layered Kurdish Issue and possible intervention mechanisms for peace and reconciliation with an emphasis on barriers for societal bridging between Turks and Kurds who hold different enemy images. After introducing the history of the developments since 1984, PKK’s first attack in the southeast Turkey, the talk will concentrate on the lack of societal peace and reconciliatory moves.

Map of the University of Sydney: http://lostoncampus.com.au/24790/map