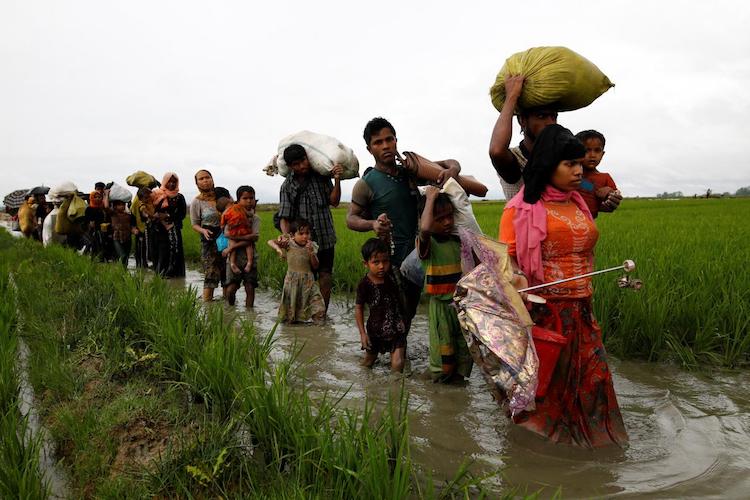 The Sydney Peace Foundation condemns in the strongest possible terms the spiralling violence at the hands of Myanmar’s security forces in its northern Rakhine state. The whole world is watching a humanitarian catastrophe unfold, as hundreds of thousands of Rohingya people flee for their lives, escaping cruelty, violence and persecution.

Today Rakhine state is ‘on fire’ as men, women, children and elderly people are indiscriminately targeted and killed in a full-blown military backlash against a very small armed faction that attacked police stations on August 25th. In the past fortnight alone, more than 370,000 people have been uprooted from their homes and livelihoods, and forced to flee into Bangladesh, a country that does not want or recognise them.

Australia must do everything in its power to lift its fair share in response to this harrowing humanitarian crisis that is escalating by the day. We demand a response that is proportionate to the scale of the crisis.

Archie Law, Sydney Peace Foundation Chair says, “Australia’s commitment of $5 million to this crisis is embarrassingly inadequate and confirms that we have lost our way. The Australian Government must lift its fair share of the humanitarian response, immediately suspend all government to government contact with Myanmar and cancel its support for Myanmar’s military which is responsible for the violence.”

The Chair of the Sydney Peace Foundation, Archie Law, is available for interview. As Executive Director of ActionAid Australia from 2007 to 2017 and a former UN staffer, Archie has worked closely with the UN and international NGOs (INGO) in Myanmar since 1999.