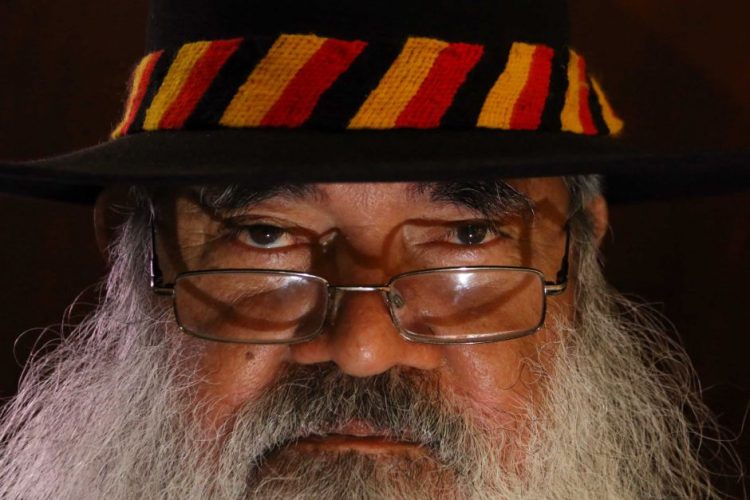 Senator Pat Dodson was Australia’s first Aboriginal Catholic priest and then “the father of reconciliation”, but he is apprehensive as he prepares to address the Senate for the first time.

Patrick Dodson looks intently into the lens, his brown eyes focused as they peer over a pair of spectacles. Camera lights hit his beard, giving each strand its own tone of grey. Unchanging, however, are the iconic red, black and yellow colours around his wide-brimmed hat.

On a shelf in his parliamentary office is a biography, Paddy’s Road, written more than a decade ago. The book’s cover is black and white, save for the cotton band and its colours of the Aboriginal flag. Senator Dodson was Australia’s first Aboriginal Catholic priest and then “the father of reconciliation”, thanks to his chairmanship of the former Council for Aboriginal Reconciliation.

He has been in the public eye for more than a quarter of a century, but the 68-year-old novice frontbencher never imagined he would hold public office. “Not in my wildest dreams,” he says about an hour before his first speech.

I’ve been so used to screaming from the outside of the Parliament or trying to lobby ministers to get their ear on some matter.

This afternoon, the lobbying is being done from Australia’s Senate chamber. The latest version of the inaugural address is drenched in yellow highlighter and laid out on his thinly-populated desk. I immediately notice the first words. 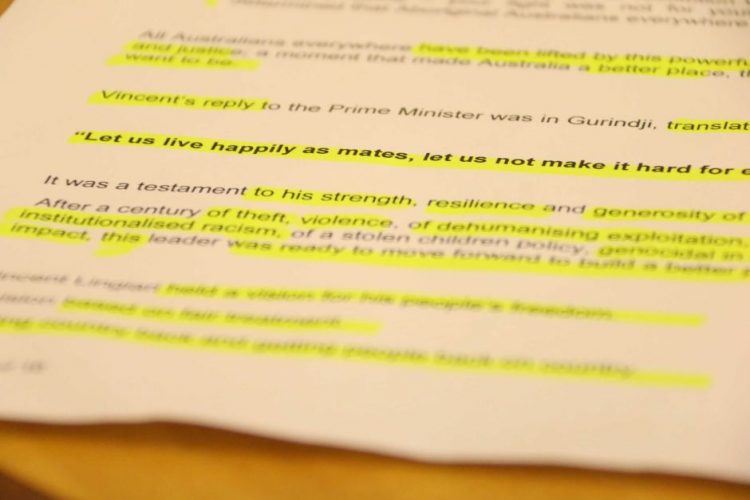 Gala mabu ngangan (I am good)

Ngayu Banaga wamba (I am a Banaga man)

The opening will be in Yawuru and Senate President (equivalent to the Lower House’s Speaker) Stephen Parry will also be speaking the language of the Kimberley region traditional owners. “I just walked up to him in the corridor and said: ‘I’d like, if you wouldn’t mind, if you respond in Yawuru to a couple of things that I’ll say to you in Yawuru’,” the senator for Western Australia recounts. “And he said: ‘Oh yeah, I’ll be interested in that, but you might have to give me some coaching.’ “So I said: ‘Well that’s fine, we’ll organise that.’ “That’s the spirit that a lot of Australians don’t see about this place.

Unfortunately we perform, I think, under-par when it comes to Question Time and that’s what most Australians see. 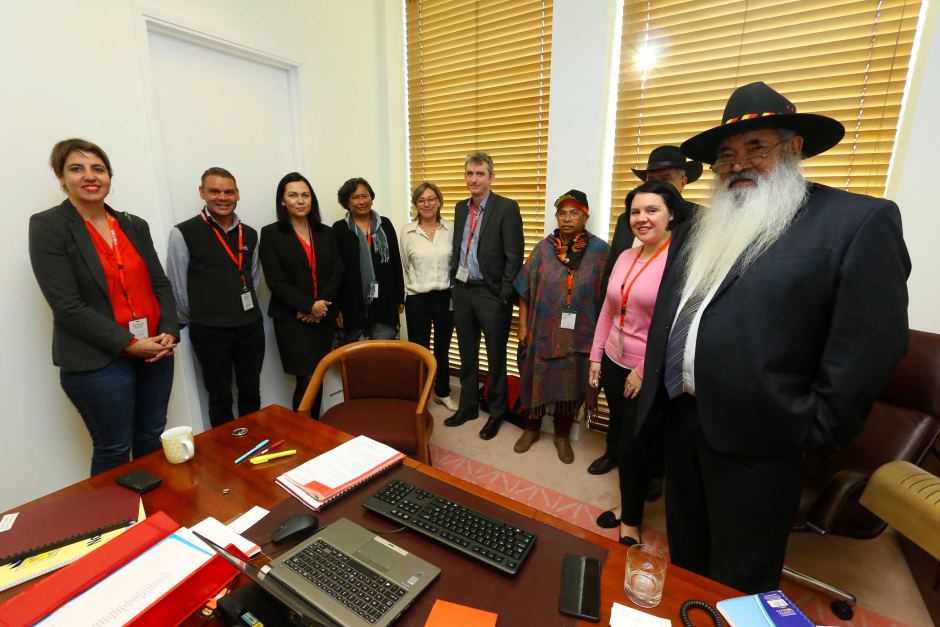 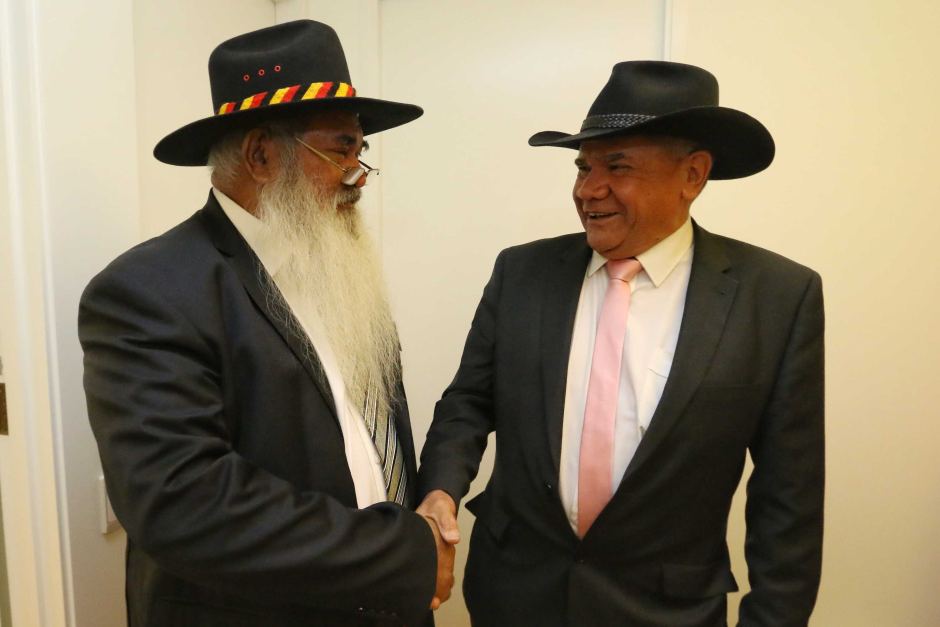 As it creeps towards 5:00pm, more and more supporters, from all corners of the continent, enter the office. One is Mick Gooda — one of two royal commissioners investigating the Northern Territory’s scandal-saturated youth justice system. Mr Gooda has become a royal commissioner 25 years after Senator Dodson was one. Then, he was probing Aboriginal deaths in custody. Sadly, problems inside prisons persist and Aboriginal and Torres Strait Islander people encounter justice systems far too often. And you only had to glance at the office coffee table to see that. “Race Riot”, The West Australian’s Wednesday front page said, after a protest over the death of an Aboriginal teenager in Kalgoorlie turned violent.

Senator Dodson emerges from his private office after one final run-through.

He shakes hands with his brother Mick — 2009 Australian of the year and former Aboriginal and Torres Strait Islander social justice commissioner — then walks to the chamber.

Apprehensive. You’re never comfortable when you walk into that Senate,” he says. 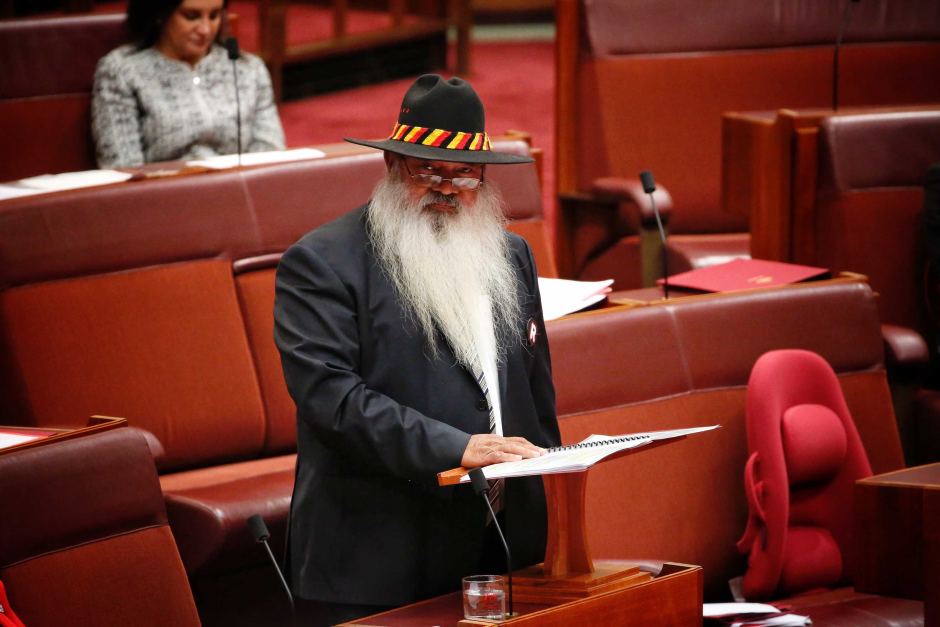 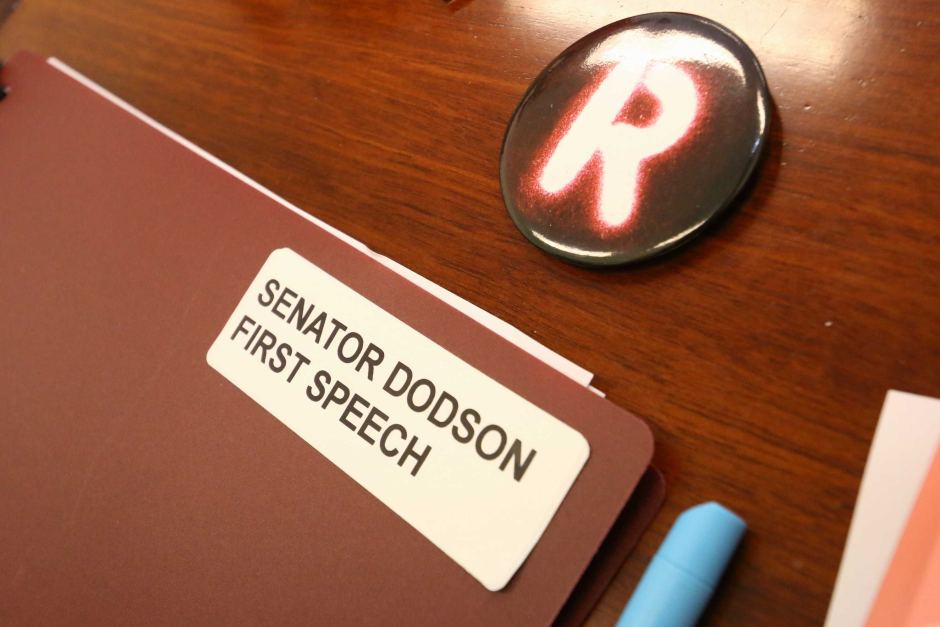 On the left side of his jacket is a badge featuring a red ‘R’ — the logo representing the Indigenous constitutional recognition campaign. The badge nearly did not make it — it seemed broken just minutes ago — although the oratory would have compensated for any absent accessory. Senator Dodson says constitutional change is needed to overcome a “cult of forgetfulness practised on a national scale”, as William Edward Hanley Stanner once described Australia’s neglect of its first peoples and their history.

Senator Dodson, one of Opposition Leader Bill Shorten’s closest advisors on Indigenous affairs, talks of “the need for meaningful discussions with Aboriginal and Torres Strait Islander peoples on a treaty or treaties”. He acknowledges sovereignty is something “many Aboriginal people argue has never been ceded or surrendered”.

Some of Senator Dodson’s new Upper House colleagues hold constitutional recognition in low regard. Some also want to dilute sections of the Racial Discrimination Act. Some though have been elected on platforms which I will undoubtedly find challenging,” he says. But he warns them against taking Australia’s statue books backwards, in the direction of bygone laws that “were genocidal in intent, application and consequence”.

“Such views and laws led to the horrors of Soweto and Robben Island and even the hate crimes of Nazi Germany,” he says. “These laws and regulations cannot be permitted to emerge once more in our precious democracy. Senator Dodson hopes, with a record number of his Aboriginal brothers and sisters on Capital Hill, Australia’s race hate laws will remain intact.

Finishing his speech, Senator Dodson magnetically pulls senators towards him from every direction in the chamber. Malarndirri McCarthy — Labor’s other Aboriginal senator — is among the first to congratulate him. Others filter through.

But one stands out. Her smile is beaming. Pauline Hanson extends her hand to Senator Dodson. We do not know what they said, if anything. But the Queensland senator’s mere presence in the chamber for this Aboriginal champion’s first speech might be a step towards the recognition and reconciliation he wants to see between black and white Australia.