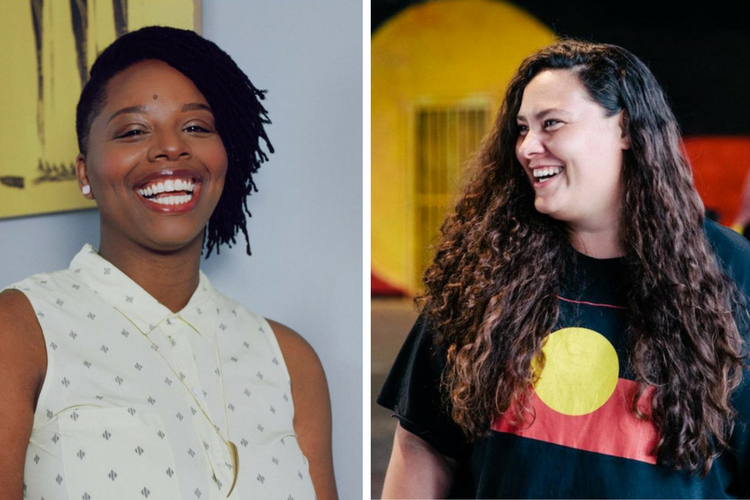 As the Sydney Peace Prize is awarded to the Black Lives Matters movement, Cullors discusses the formation and philosophy of the movement while Rule explains how the group resonates with Aboriginal and Torres Strait Islander people in Australia, and how it has influenced their campaigns for Indigenous justice. Latoya’s brother Wayne Morrison died in custody in South Australia last year.

Latoya and Patrisse speak about the problems their communities face with policing, surveillance and jailing; the harmful stereotypes that see Black and Aboriginal people as deviant, criminal, violent or needy; how the movement’s campaign #SayHerName stood in support and solidarity with the family of Ms Dhu, who was killed in 2014; and their resolve to use Black Lives Matter as a global intervention to change culture, affirm black humanity, reimagine what a world looks like where all black lives matter, and build the power needed to create change.

For me, seeing the Black Lives Matter movement coming up was quite refreshing and exciting for where we can take it here in Australia. As Aboriginal people we identify as black people as well, so I love that it crosses over boundaries and tries to incorporate what I would call indigenous and native voices. This is very important for our movement against colonial white patriarchy and genocide in Australia. It’s really important to adopt a little bit of the Black Lives Matter movement for our struggles as well.”