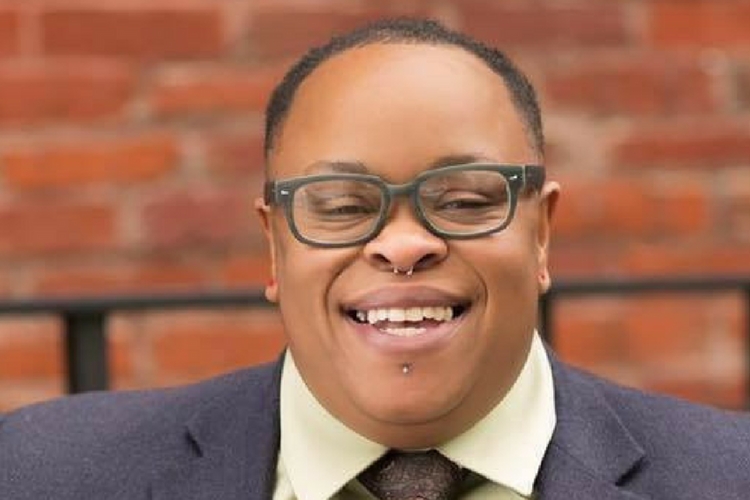 “Black Lives Matter is a call to action and a tool where we can re-imagine a world where Black people are free to exist and live, and also as a tool for our allies to be able to show up for us. ”

“[Winning the Sydney Peace Prize] is a tremendous honour, it’s amazing that it’s the first time a movement and not a person has been awarded the Prize. It’s an honour and it shows other people what Black Lives Matter is doing and what we’re trying to do…For some folks who haven’t been paying attention, I hope this will draw their attention to get to know what we’re really about and maybe join and help us to make sure all Black live do matter.”

The Black Lives Matter phrase and hashtag was first coined in a social media post against the acquittal of George Zimmerman, for the shooting death of 17-year-old Trayvon Martin 4 years ago.

The movement against racial inequality and police violence in the US which began as a powerful hashtag has gone international, and Cazembe Jackson is a leader of the movement in Atlanta, Georgia.

He believes the objectives of the movement have universal appeal to People of Colour, the world over.

Listen to the full interview between Cazembe Jackson and Larissa Behrendt below.