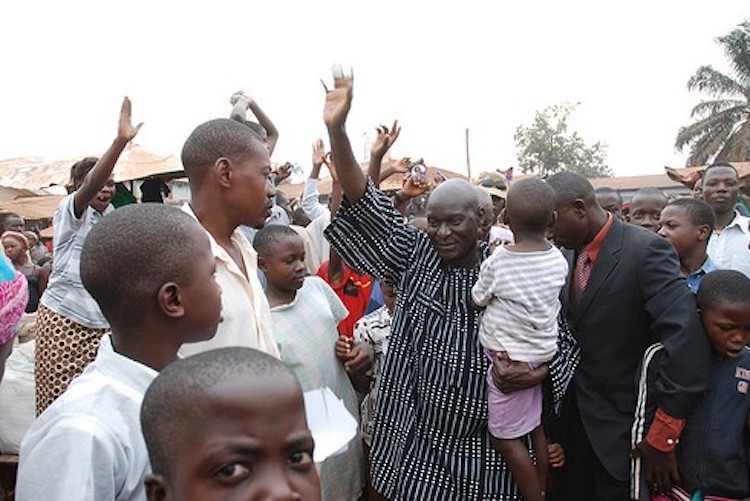 It was a strange day to fly into Sydney. Olara Otunnu, a man of peace who has devoted his life to the protection of children involved in war, arrived in a city reeling from the understanding that global terrorism is in the backyard.

But for Mr Otunnu, a United Nations under-secretary-general, lawyer and 2005 Sydney Peace Prize winner, the city’s experience holds a lesson for all: children exposed to violence, radical indoctrination and hate provide the best recruiting pool for criminals and terrorists.

“Three of those who were involved in the London bombings were kids whose direct background was war,” Mr Otunnu said yesterday.

Mr Otunnu, a man of great eloquence and deliberation, has seen the very worst that human beings can wreak upon each other in war. As Kofi Annan’s special representative for children and armed conflict, he has travelled the world from the Balkans to his native Uganda, from Burma to Nepal and Sierra Leone, witnessing cruelty and bloodshed.

And yet it was from within atrocity that he found the greatest of human experiences:

“I saw a lot of horrendous things, everywhere I went without exception,” he told the Herald. “[But] it was those people whose faith, generosity, sacrifice, sheer courage in the midst of all this … as if out of the ugliness and general desolation imposed on them in war [who] held truly in them the core of the human spirit.”

Mr Otunnu’s travels produced an important report for the UN which identified 57 countries and groups involved in violence against children or their recruitment as soldiers.

In the years that followed, Mr Otunnu worked to build an internationally accepted system to identify and punish those who abuse children in war. In July his efforts reached fruition when the UN Security Council voted to adopt and implement all stages of the strategy, including escalating ultimatums culminating in economic, arms or trade sanctions.

Now, his strategic work with the UN is complete, the Makerere, Oxford University and Harvard Law School-trained lawyer, academic, former president of the UN Security Council and Ugandan foreign minister wants to establish a new international advocacy body for children. It will be known as the LBL foundation – L for the great Ugandan archbishop and martyr, Janani Luwumvery; B for Professor Okot p’Bitek, the renowned philosopher, poet and social anthropologist; and L for Dr Matthew Lukwiya, the doctor who lost his life treating Ebola virus victims.

By Paola Totaro. This article first appeared in the Sydney Morning Herald on November 10, 2005