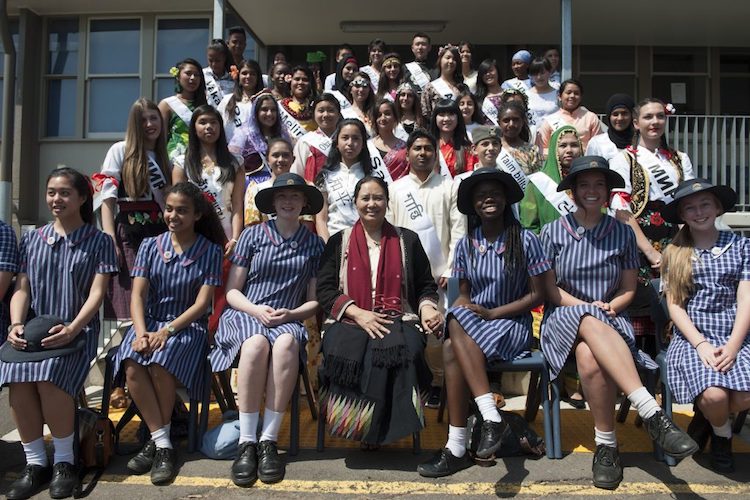 Burma’s most famous medical doctor, Dr Cynthia Maung, travelled to Australia to receive the 2013 Sydney Peace Prize and tell her story in the first week of November. Thousands of Australians listened to Dr Cynthia Maung speak about the important work of the Mae Tao Clinic, which helps over 150,000 refugees and vulnerable people on the Thai Burmese border.

We share the events that took place in celebration of Dr Cynthia’s achievements, and we look to the future to consider the little ways that Australians can help. 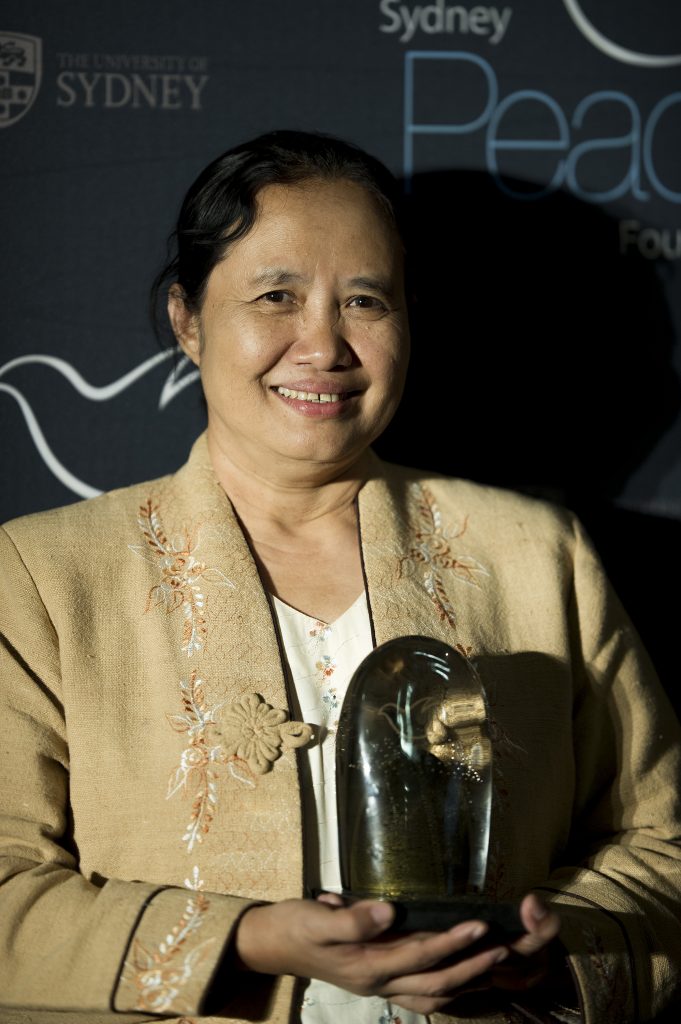 o see the full album of photos from the events click on the links below:

See photos in a Photogallery of Mae Tao Clinic taken by Fairfax photographer Brendan Esposito, published on 16 August 2013 in the Sydney Morning Herald, The Age, WA Today, and The Canberra Times.

Watch ‘A moment with Dr Cynthia Maung’, published on the 16th of August 2013 on the website of the Sydney Morning Herald, The Age, The Brisbane Times, and WA Today.

Read more in a feature article “Fragile Sanctuary” written by Sharon Bradley in the Sydney Morning Herald’s Good Weekend, 17 August 2013. Bradley’s article was also published in the The Age, The Canberra Times, The Brisbane Times, WA Today, The Examiner, The Scone Advocate, The Illawara Mercury and The Maitland Mercury.

Read about Dr Maung in article “Peace Prize winner fights for survival of her health clinic” by Sharon Bradley in the Sydney Morning Herald, 17 August 2013. This article was also published in The Age, The Canberra Times, WA Today, The Scone Advocate and The Examiner.

Read about the Mae Tao Clinic in article “Medical Inspiration” written by David Hirsch, Medical Journal of Australia on 28 October 2013.

Listen to an interview with Stuart Rees on SBS Radio Burmese, produced by Terrell Oung, 2 November 2013.

Read AAP Ron Corben’s article “Aid cuts may weaken Myanmar refugee clinic“, published on 3 November 2013, at news.com.au, in The Australian, The Herald Sun, The Townsville Bulletin, The Mercury, and The Geelong Advertiser.

Read about Dr Maung’s message in ”Burma still fragile: Peace Prize winner” by APP, published on 4 November 2013, on news.com.au, SBS news, in The Australian, The Herald Sun, The Gold Coast Bulletin, The Townsville Bulletin, The Mercury, and The Geelong Advertiser.

Read “Dr Cynthia in ‘shock and pain’ after losing Australian funding” on The Democratic Voice of Burma, published on 7 November 2013 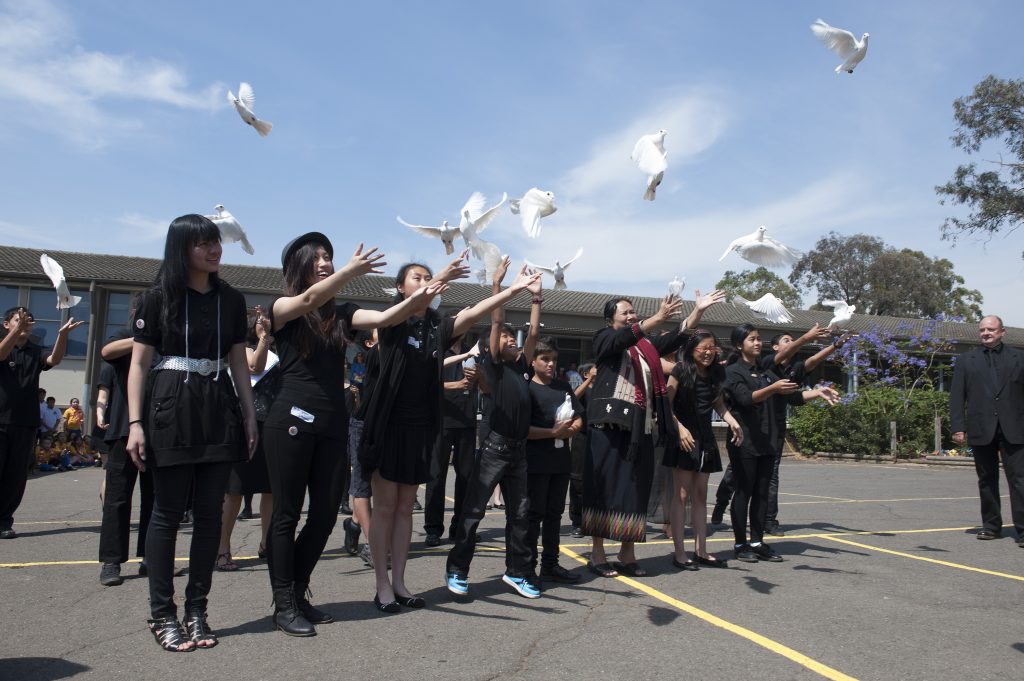 As of January 2014, the Mae Tao Clinic that Dr Cynthia set up on the Thai Burmese border is set to lose $456,000 of AusAid funding. The small contribution by Australian people saves tens of thousands of lives, providing critical treatment to 45,000 refugees this year alone.

You can help by joining almost 2000 people who have emailed Foreign Minister, The Hon. Julie Bishop MP, asking her to continue the funding.

All you have to do is add your name and email address to the bottom of the letter on this page: http://apheda.good.do/maetaoclinic/email-the-foreign-minister-the-hon-julie-bishop-mp/

I am writing to request a reversal of the government’s decision to withdraw its funding for the Mae Tao Clinic, a life-saving medical service situated on the Thai Burma border, which is led by this year’s Sydney Peace Prize recipient, Dr Cynthia Maung.

I support a continuation of Australian aid to the Mae Tao Clinic.

The displaced and vulnerable people who rely on the clinic mostly come from the ethnic states in Eastern Burma. Despite reforms in Burma, it is not yet safe for these displaced people to return to their villages inside Burma. Accordingly, the Mae Tao Clinic will be a vital health provider for the foreseeable future.

The Australian government’s policy of preparing refugees for return to Burma is highly premature as the conditions required for an organised return are not in place. Conflict continues in Kachin and Shan states where increasing numbers of people are being displaced from their homes and communities, and preliminary ceasefire agreements in other ethnic areas are yet to lead to durable peace. There are also the problems of landmines, land disputes, and lack of services and infrastructure.

Inside Burma there is a desperate lack of access to quality and affordable health care services – particularly in the rural areas populated predominantly by ethnic people. By withdrawing funding from Mae Tao Clinic, the government is risking the health and welfare of the hundreds of thousands that depend, and will continue to depend, on its community-based health services.

I ask that the Australian government recognise the value of Dr Cynthia’s work by continuing to fund the Mae Tao Clinic so that it can continue to address the healthcare needs of the most vulnerable people from Burma.