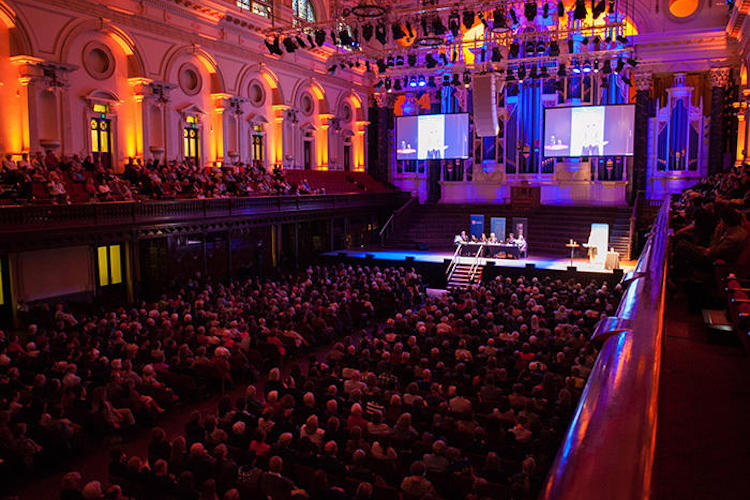 Every year, the Sydney Peace Prize brings the Sydney community together to talk about peace, justice and nonviolence, and to honour one of the world’s most inspiring peacemakers.

Global women-led movement of solidarity with survivors of sexual violence and harassment Me Too has won the 2019 Sydney Peace Prize. The movement’s founder Tarana Burke and Australian Me Too leader Tracey Spicer will receive the Prize on behalf of the movement.

On 14 November, Tarana Burke will deliver the much-anticipated 2019 City of Sydney Peace Prize Lecture, and will be awarded the Prize alongside Tracey Spicer at the Sydney Town Hall. This event will also feature an in conversation with Tracey Spicer and Antoinette Braybrook, an address by The Hon. Tanya Plibersek MP, a musical performance by the inimitable Sarah Blasko and the awarding of the Prize by Lord Mayor Clover Moore!

Don’t miss this exciting opportunity to attend the 2019 City of Sydney Peace Prize Lecture and witness the Award Ceremony!

** Please note that since early 2017 Sydney Town Hall has implemented body and bag scanners, so we ask guests to arrive early.