For empowering survivors of sexual harassment and violence, and elevating their voices; for championing truth and justice; for highlighting the breadth and impact of sexual violence worldwide; and for launching a demand for change that is sweeping the world 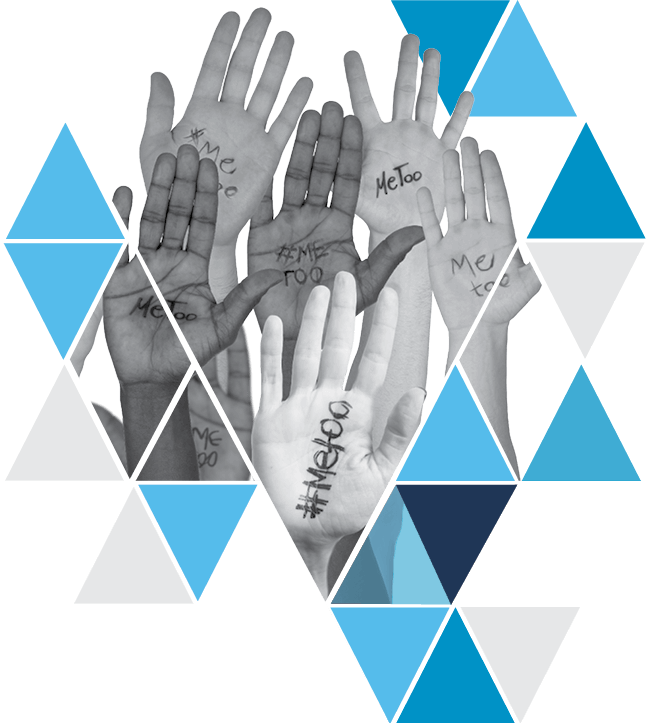 On Thursday 14 November at Sydney Town Hall, Tarana Burke and Tracey Spicer AM accepted the 2019 Sydney Peace Prize on behalf of The Me Too movement.

Tarana Burke began building the movement in 2006 to help survivors of sexual violence, particularly black women and girls, connect to resources for healing, and to build a survivor-led community of advocates against sexual violence. Her grassroots work has now expanded to reach a global community of survivors from all walks of life.

We owe future generations nothing less than a world free of sexual violence. I believe we can build that world. - Tarana Burke

Tracey Spicer AM is a journalist, author and broadcaster who has spearheaded the Me Too Movement in Australia. She has produced award-winning investigations into sexual harassment in media workplaces, and has been an advocate for safe workplaces.

Tarana and Tracey welcomed the Prize:

I want to express my sincere gratitude to the Sydney Peace Foundation for honoring me with this tremendous award. Knowing that my life’s work has inspired people in Australia and around the world to fight for an end to sexual violence means more to me than I can express. Receiving the Sydney Peace Prize pushes the prevalence of sexual further into the global conversation, and along with it, the belief that together we can put an end to it. This award encourages us to continue building bridges with organizations and leaders centering the healing of and advocacy for survivors. Receiving this is a true honor, and we dedicate it to those who are in the fight to interrupt sexual violence wherever it exists. We dedicate this to the survivor who hasn’t yet found the words to tell their story. The Me Too movement will continue this work until we shift the culture to one that believes that every person, no matter their identity or circumstance, has the right to consent and safety. - Tarana Burke

It is a tremendous honour to accept this international prize alongside Tarana Burke, who started the Me Too movement more than a decade ago. This movement shows that solidarity is the key to creating lasting change. We know that women from marginalised communities experience sexual violence at an exponentially higher rate than the rest of the population. It’s time for government, business and the community to help those who need it most. I dedicate this prize to everyone who is a survivor of sexual violence: your voices are being heard. - Tracey Spicer AM

2012 Sydney Peace Prize laureate Sekai Holland congratulated the Me Too movement on winning the 2019 Prize.

A demand for change sweeping the world

The Sydney Peace Foundation’s Chair Archie Law observed the incredible impact Me Too has had on the entrenched status quo in Australia and the world over:

The Me Too movement has enabled women to stand together, rise up and tell the world that we have had enough of being disregarded, undervalued and ignored. Me Too has crashed through the status quo and allowed us all to catch a glimpse of the brighter future that lies ahead.

I was very pleased to learn that the Peace Prize is being awarded to the Me Too movement, which has effectively broken the silence on deplorable practices and significantly raised general consciousness, a major contribution to human rights.

2018 Sydney Peace Prize recipient Professor Joseph E. Stiglitz commended the awarding of the Prize to Me Too:

Around the world, the Me Too movement has given women the courage and the comradeship to speak out against sexual harassment and violence. This is not only a fight for justice, but a battle against one form of inequality that has long been entrenched in our society.

It is a wonderful thing that Me Too is to be awarded the Sydney Peace Prize…The Me Too movement has done a remarkable job drawing attention to a problem which was recognised by virtually all women and virtually no men. Since men are at the heart of the problem, it is a great thing that no man will now be believed if they say they are unaware of the problem Me Too has exposed.

The 2019 Sydney Peace Prize is proudly supported by

Watch Tarana’s TedTalk on Me Too

Learn more about Me Too