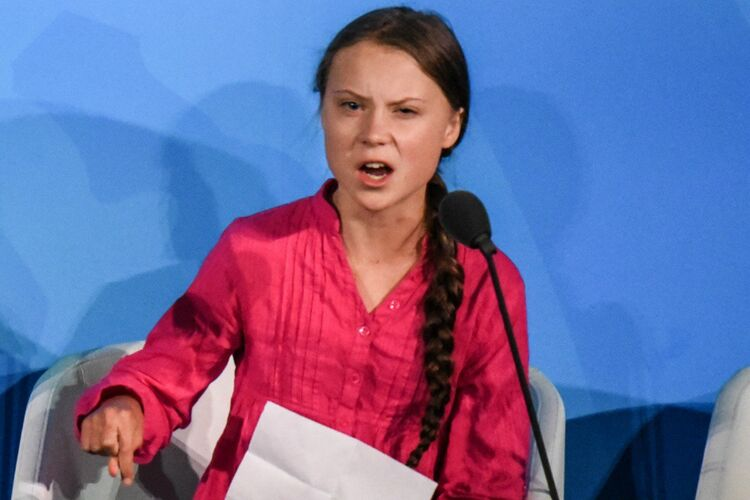 Greta Thunberg has excoriated world leaders for their “betrayal” of young people through their inertia over the climate crisis at a United Nations summit that failed to deliver ambitious new commitments to address dangerous global heating.

In a stinging speech on Monday, the teenage Swedish climate activist told governments that “you are still not mature enough to tell it like it is. You are failing us. But the young people are starting to understand your betrayal.”

But Thunberg predicted the summit would not deliver any new plans in line with the radical cuts in greenhouse gas emissions that scientists say are needed to avoid catastrophic climate breakdown.

“You have stolen my dreams and my childhood with your empty words,” a visibly emotional Thunberg said.

“The eyes of all future generations are upon you. And if you choose to fail us I say we will never forgive you. We will not let you get away with this. Right here, right now is where we draw the line.”

You have stolen my dreams and my childhood with your empty words. The eyes of all future generations are upon you. And if you choose to fail us I say we will never forgive you.

As the summit spooled through about 60 speeches from national representatives, it became clear that Thunberg’s forecast was prescient. Narendra Modi, the prime minister of India, told delegates that “the time for talking is over” in announcing a plan to ramp up renewable energy but didn’t announce any phase-out of coal – a key goal set by António Guterres, the UN secretary-general who convened the summit.

Angela Merkel, the German chancellor, did set out the end of coalmining in her country but only by 2038 – a lengthy timeframe that disappointed environmentalists.

Emmanuel Macron, the French president, called for the European Union to deepen its emissions cuts and said that France would not make trade deals with countries not signed up tor the landmark Paris climate agreement. “We cannot allow our youth to strike every Friday without action,” Macron said, in reference to Friday’s global climate strikes.

Despite Guterres’ efforts, the summit was somewhat overshadowed by its absentees – most notably the US, and Jair Bolsonaro’s Brazil, whose representatives were reportedly not selected to make a presentation there because of Brazil’s failure to outline plans to strengthen its efforts to counter climate change.

Donald Trump did visit the UN on Monday but only briefly dipped into the climate summit to see Modi’s speech before attending a meeting which he had called on religious freedom.

As he arrived at the UN, Trump crossed paths with Thunberg, who fixed the president with a hard stare.

The summit was designed to accelerate countries’ ambition to address the climate crisis amid increasingly urgent warnings by scientists. A new UN analysis has found that commitments to cut planet-warming gases must be at least tripled and increased by up to fivefold if the world is to meet the goals of the 2015 Paris agreement of holding the temperature rise to at least 2C above the pre-industrial era.

The world is currently on track to warm by as much as 3.4C by the end of the century, the UN warned, a situation that would escalate disastrous heatwaves, flooding, droughts and societal unrest. Major coral reefs and many other species face extinction.

“There’s a big dissonance between every leader saying to Greta ‘we hear you’ and the commitments they are putting on to the table,” said Isabel Cavelier, a former climate negotiator for Colombia who is now senior adviser at the Mission 2020 climate group. “China said absolutely nothing new, India mentioned commitments made in the past, the US, Canada and Australia aren’t here. We are seeing governments showing up empty-handed. There’s a feeling that the big emitters are holding things back.”

There were a few signs of progress. A group of nearly 90 large companies promised to reach net zero emissions by 2050, while a handful of countries said they will be winding down coal use. But it became apparent that most of the ambition was coming from developing countries, rather than the major polluters.

Trump has vowed to pull the US out of the Paris agreement, while other major powers are wary of making further commitments ahead of key UN climate talks in Glasgow next year.

Thunberg’s speech was “very emotional and grounded in science”, said Alden Meyer, director of strategy at the Union of Concerned Scientists. “If I were a world leader I’d feel very uncomfortable. But we’ve seen nothing from the big national leaders, the G20 players. It’s hard to say the summit moved the needle on the emissions curve.”

“Other countries must follow our lead,” said Hilda Heine, president of the Marshall Islands, a country situated on coral atolls in the Pacific that is extremely vulnerable to sea level rise. “Falling short will represent the greatest failure humanity has ever seen. The summit must be the moment we choose survival over selfishness.”

But delegates at the summit warned that the international effort to stave off dangerous global heating was being undermined by a wave of nationalism. “If you look at the US and Brazil, it’s a result of populist politics that is turning its back on the climate,” said Cavelier. “That needs to be made explicit and isolated from the world.”

Amid the stunning rise of the youth climate movement, Thunberg, who arrived in the US last month on a solar-powered yacht, has directly castigated Congress and leaders at the UN, as well as spearhead the largest ever climate protest last week.

On Monday she joined 14 other children to lodge a formal complaint under the UN convention on the rights of the child.

The complainants, from countries including Argentina, the Marshall Islands, France, Germany and the US, claim that countries’ failure to address the climate crisis violates the international convention. “Each one of us had our rights violated and denied, our futures are being destroyed,” said Alexandria Villaseñor, a 14-year-old from New York who has taken to protesting outside the UN headquarters every Friday.

Thunberg said that world leaders were endangering children by ignoring climate breakdown. “They promised to protect the rights of the child and they have not done this,” she said at a media conference at the offices of Unicef. “The message is that we have had enough.”

This article was written by Oliver Milman and first appeared in The Guardian Australia.