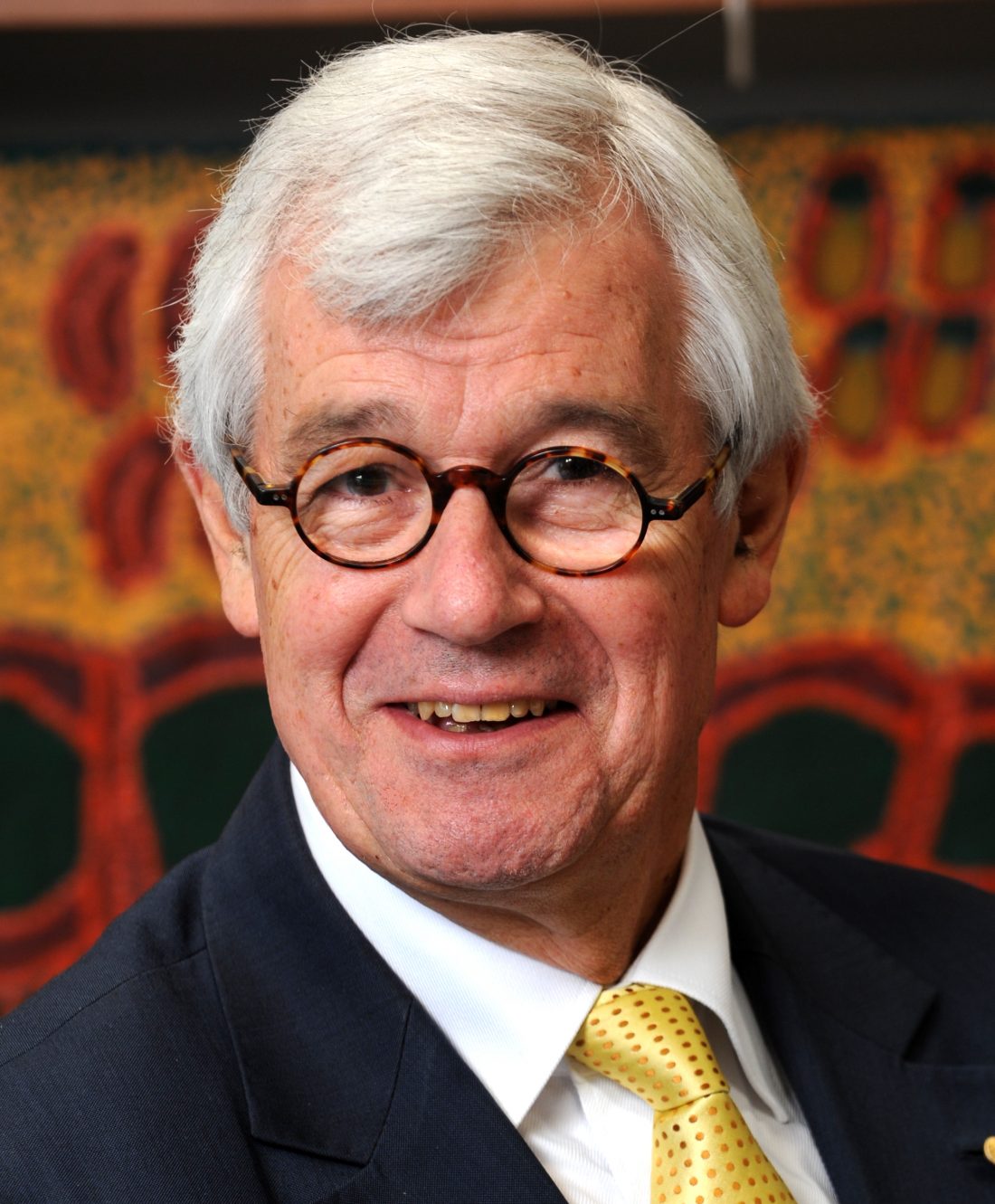 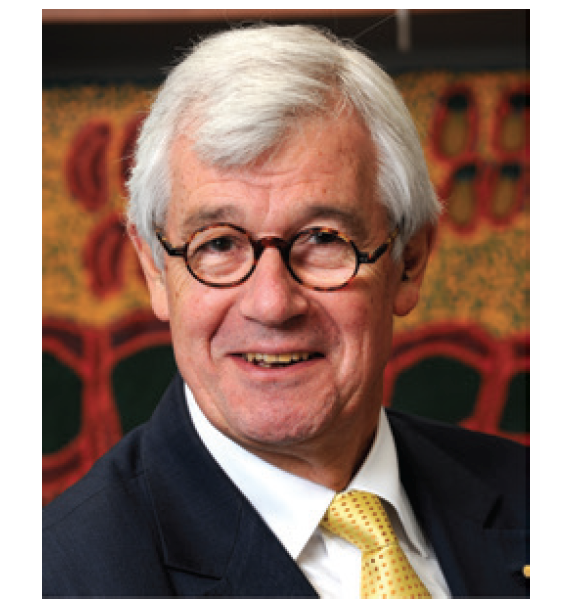 Julian Burnside AO QC:  “For his brave and principled advocacy for human rights and for those wronged by government, for insisting that we respect our international legal obligations toward those seeking asylum, and for his unflinching defence of the rule of law as a means to achieve a more peaceful and just society.”

The Sydney Peace Prize is Australia’s only international peace prize and has been awarded for sixteen years to the most eminent, brave and effective workers for peace throughout the world including Desmond Tutu, Patrick Dodson and Arundhati Roy.

The Prize is specifically directed at peace with justice which means the practical realisation of human rights: food, health, education and freedoms not just a lack of oppression.  It means children can walk to school without being shot and asylum seekers seek freedom without being murdered, it means food security… the very broadest sense of human rights.

“Julian Burnside is a splendid choice.  All nominations were remarkable people doing extraordinary things in a myriad of ways, but the Jury chose Julian Burnside for his unflinching advocacy and commitment,” says Jane Singleton AM, the Director of the Sydney Peace Foundation.

“I am deeply honoured to be selected to receive this year’s prize, especially in a year when Australia’s reputation is being tarnished by its intentionally harsh treatment of asylum seekers. I have long admired the work of the Sydney Peace Foundation.  It continues to advocate for human rights and to promote peace.  It helps keeps our focus on the importance of the rule of law, the need to treat all human beings with compassion and the need to ensure that human rights are respected,” says Julian Burnside AO QC.

“Australia is currently marooned at a moral and legal crossroads over policies towards asylum seekers and refugees,” says the founder of the Foundation, former Director, Chair and current Vice Chair, Emeritus Professor Stuart Rees AM, “Julian Burnside’s decades long advocacy of the of the human rights of some of the world’s most vulnerable people makes him an extremely worthy recipient.”

Nominations are now being called or the 2015 Sydney Peace Prize and for next year there is a clear theme for the Prize “The Art of Peace”.

“Choosing from so many splendid human beings in so many areas is daunting.  This year we are trialing a themed approach for the 2015 award.  The field may be narrower but it will be focused and highlight a particular way of expressing and advocating for peace whether it be in music or art.  Art has been enormously important – whether it be Picasso’s Dove of Peace, an image imprinted on our consciousness; Sibelius’ Finlandia, his Song of Peace; or John Lennon’s Imagine,” Singleton explains. “Sydney is not just about glitz, corruption and boys behaving badly, but has a serious and heart-felt commitment to the world we live in and the conditions we live in. The Sydney Peace Foundation proves this.”

Beyond awarding the Sydney Peace Prize, the Foundation works to develop community, corporate and international understandings of the value of peace with justice.  The Sydney Peace Foundation is a non-profit organisation of The University of Sydney, wholly dependent on the generosity of our financial and in-kind supporters. Our major supporter is the City of Sydney and we are grateful also to Singapore Airlines for their assistance.

Governor of NSW, Her Excellency Professor Marie Bashir AC CVO: “I have greatly valued being Patron of the Sydney Peace Prize. To recognise those individuals who contribute  to a way of life which is so very important to us all – in every country  and in every situation – is one way of highlighting the vital importance of peace and how peace with justice can change lives.  We must ensure that we do whatever we can, in what ever way we can, to work for peace.  Peace is central to achieving fair and just livelihoods with adequate access to food, health, education and most certainly freedom. Through these basic rights, each individual has the opportunity to realize their full potential.   The Sydney Peace Prize is truly an inspirational contribution.”

Chancellor of The University of Sydney, Belinda Hutchinson AM:
“This is an important prize, not only for our city but for this nation, and as Chancellor of the University of Sydney I am pleased that we have been associated with it from its inception. Higher education institutions have an important role in advocating for a more peaceful society – as Nelson Mandela said, ‘Education is the most powerful weapon which you can use to change the world’ – and so it is fitting that our Sydney Peace Foundation works for peace with justice both in our own communities and across the world.  The Sydney Peace Prize recognises outstanding contributions to this goal.”

The Hon. Michael Kirby AC CMG: “My recent work on human rights violations in North Korea has challenged my thinking about peace.  Peace which is silent, accepting of great wrongs and ignoring accountability of those responsible, is ultimately meaningless.  Perhaps even counter-productive.  The basic needs for shelter, food, civil justice and rights to receive and express divergent opinions are the essence of peace.  So is human dignity.  The Sydney Peace Foundation understands this.  I support its notion of peace with justice.”

Sir William Deane AC KBE QC, recipient of the 2001 Sydney Peace Prize: “I personally have no doubt that the Sydney Peace Prize is the most important and prestigious award of its kind in this country. Through it, the Sydney Peace Foundation, acknowledges and promotes the direct and conscious pursuit of true peace at both the international and the domestic levels. Equally important, through the annual award of the Prize and its other activities, the Foundation recognises and encourages the fight against the underlying causes of international and domestic conflict, namely, entrenched disadvantage, racism and other intolerance and discrimination, injustice, aggression and oppression. The Foundation has my gratitude, admiration and support.”

Olara Otunnu, recipient of the 2005 Sydney Peace Prize: “Peace is of course about the absence of war, of bloodshed, of people being killed, of armed conflict… But peace is about more than that. It’s about ensuring that people are not …stuck in a situation of injustice: structural embedded injustice. That people are not condemned to a life of indignity and poverty on a permanent basis.”

Irene Khan, recipient of the 2006 Sydney Peace Prize: “…you have a contribution to make to peace…. I think people can work actively to promote diversity, to promote justice, to promote understanding of human rights, equality and dignity. I think peace is not a noun; it’s actually a verb. We have to work towards it, we have to make it happen….”

Hans Blix, recipient of the 2007 Sydney Peace Prize: “In being awarded the Sydney Peace Prize I feel humility and a great delight …and I am impressed to see who has received this prize before… it is an encouragement for others in the world to dedicate themselves to peace work.”