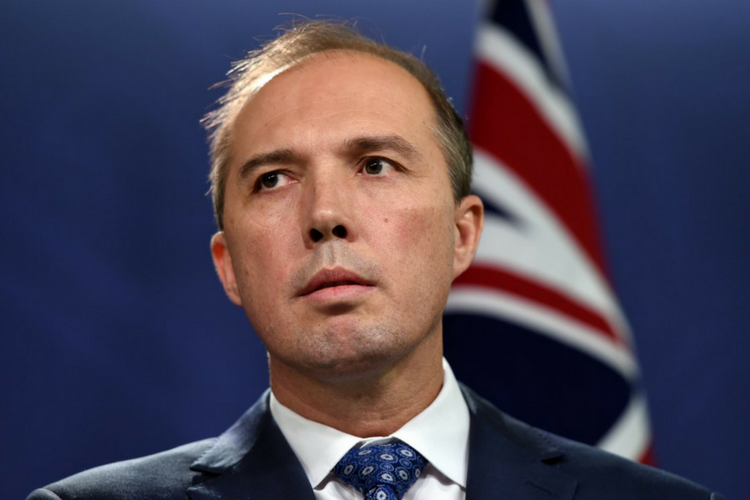 Julian Burnside on the failings of super-minister Dutton

It is hard to imagine any member of federal parliament less suited to exercise the sort of powers now held by Dutton. It is easy to argue that no minister should be entrusted with such vast powers. But the fact that those powers are in Dutton’s hands is seriously alarming.

Ministerial powers are subject to limits. The rule of law means that the limits are subject to supervision by the judicial system. Most ministers understand that. Dutton apparently does not.

HE IS TRYING TO PERSUADE OTHER COUNTRIES TO BACK AWAY FROM INTERNATIONAL HUMAN RIGHTS PROTECTION.

In the middle of 2017, Dutton led an attack on the AAT, saying that it was making “silly” rulings – which, presumably, means decisions he did not like.

“Judicial processes are very important,” he said, and the legislation “still allows people to have their day in court. But it doesn’t give rise to the silly situations which we’re seeing at the moment …”

When Dutton took over the immigration portfolio from Scott Morrison in December 2014, he adopted Morrison’s misleading characterisation of boat people as “illegal”. Morrison had decreed that the people referred to in the Migration Act as “Unauthorised Maritime Arrivals” should in future be called “Illegal Maritime Arrivals”. Dutton has picked up the idea, even though it is a lie.

At the very least, this shows ignorance of some basic facts; at worst, it shows dishonesty. Boat people do not commit any offence by arriving in Australia without a visa, without an invitation, seeking to be protected from persecution. On the contrary, they are exercising a right acknowledged in the Universal Declaration of Human Rights.

Article 14 of the Universal Declaration starts this way: “Everyone has the right to seek and to enjoy in other countries asylum from persecution.”

Australia made a significant contribution to the creation of the Universal Declaration, and it was Doc Evatt, an Australian, who presided over the General Assembly of the United Nations when it was adopted on December 10, 1948. More than half a century later, on July 27, 2017, Dutton wrote an opinion piece about Operation Sovereign Borders, which included these words:

“Had the Coalition not mounted OSB – the boats and illegal arrivals would still be coming.”

On October 31, 2017, he said: “The Coalition government has had a clear and consistent policy since coming to office: no one who attempts to enter Australia illegally by boat will ever settle here.”

Dutton is in charge of the offshore detention of boat people on Nauru and on Manus Island. Most of them have been assessed as refugees, legally entitled to protection. The Refugee Convention means they can’t be sent back to their country of origin, where they were being persecuted, and Dutton has made it clear that they will never be allowed to come to Australia. But Nauru and Papua New Guinea are not having much luck finding other countries to send them to. Billions of dollars are spent because Dutton is too cruel – or perhaps too ignorant – to allow them to come here. Presumably he justifies this by calling them “illegal”, which is false, and by describing the whole exercise as “border protection”, which is misleading.

Dutton told the public these refugees had received “an enormous amount of support” from Australian taxpayers for a long time, saying: “there is a very different scenario up on Nauru and Manus than people want you to believe”. Taxes cover the absurd cost of maintaining offshore processing arrangements. It costs about $570,000 per refugee per year to keep the men and women on Manus or Nauru. So in that sense, refugees receive support from taxpayers.

Dutton’s moral horizons can be seen by considering several recent cases. The boat people on Nauru include children. Most of them have been there for four years or more. Some of them have been driven to self-harm or have attempted suicide. The medical facilities available on Nauru are simply not able to cope with young children who are self-harming at the age of 10 or 11 years. In recent months, several young children have been in such desperate need that applications were made in the Australian courts for the children to be brought to Australia for proper medical treatment. Dutton paid lawyers to resist those applications.

It is important to understand what this means. Dutton, who spends billions of dollars to keep innocent people in misery for years, spends more taxpayer dollars to resist attempts to get appropriate medical care for the children the minister has harmed.

He also criticises lawyers who try to help the people he is harming. In August 2017, Dutton declared that lawyers helping asylum seekers were “unAustralian”. Speaking for myself, his comment made being “unAustralian” a badge of honour.

In September 2017, referring to the first group of refugees to leave Manus Island for resettlement in the United States, Dutton said: “We have been taken for a ride, I believe, by a lot of the advocates and people within Labor and the Greens who want you to believe this is a terrible existence”.

In October 2017, Dutton accused advocates and the Greens of “aiding and abetting” detainees to force the government to change its policy through “subterfuge”.

In November 2017, Dutton attacked New Zealand’s offer of $3 million funding to provide essential services on Manus Island, saying the money would be better spent elsewhere. He also repeatedly rejected New Zealand’s offers of resettlement for people on Manus. He attacked New Zealand, saying it benefited from Australia’s tough border policies without paying for them: “If any boats arrive tomorrow, those people aren’t going to Auckland, they’re going to … Nauru.”

Dutton also threatened that, if New Zealand and Papua New Guinea bypassed Australia to strike an agreement to resettle refugees held on Manus, it would have consequences for Australia’s relationship with both countries.

On April 7, 2018, Dutton called for “like-minded” countries to come together and review the relevance of the 1951 Refugee Convention.

So, here it is: Australia’s most powerful minister is wilfully mistreating innocent people at vast public expense. He is waging a propaganda war against refugees and against the people who try to help them. And he is trying to persuade other countries to back away from international human rights protection.

He tries to make it seem tolerable by hiding it all away in other countries, so that we can’t see the facts for ourselves.

Perhaps the most worrying thing about Dutton is not his dishonesty, but his propaganda war, which already has led the Australian people to accept things that would have been unthinkable even 10 or 20 years ago. He has blinded us to the fact that we are now deliberately harming innocent men, women and children, in ways that are completely inconsistent with our view of ourselves. After all, aren’t we the nation that believes in a fair go for everyone?

By small degrees Dutton is inducing Australians to tolerate the intolerable. His campaign to make cruelty acceptable has the potential to lead Australia to very dark places. Invested in him is great power to do so, more power than any minister has had before.

This article was written by Julian Burnside AO QC, and was first published in the print edition of The Saturday Paper on Apr 28, 2018.