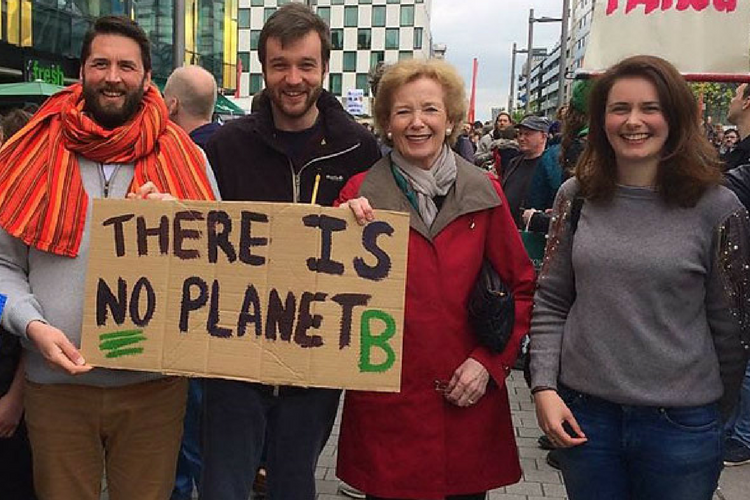 “If we are to have any hope of making any constructive progress in 2017, all responsible politicians, civil society and business leaders must stand firm and reassert our basic, common values of dignity for all.”

Writing in the Financial Times as the World Economic Forum 2017 opens in Davos, 2002 Sydney Peace Prize recipient Mary Robinson says that millions of people feel left behind by the actions of governments and corporations. She rejects cynical populists who offer scapegoats instead of real solutions, and calls on responsible politicians, civil society and business leaders to reassert our basic, common values of dignity for all.

Millions across the world feel that the current globalised system is not working in their best interests. From unemployed former steel workers in the US “Rust Belt”, to the small island states in the South Pacific whose livelihoods are threatened by climate change, people are angry that decisions taken by governments and in corporate boardrooms appear blithely indifferent to their daily struggles. 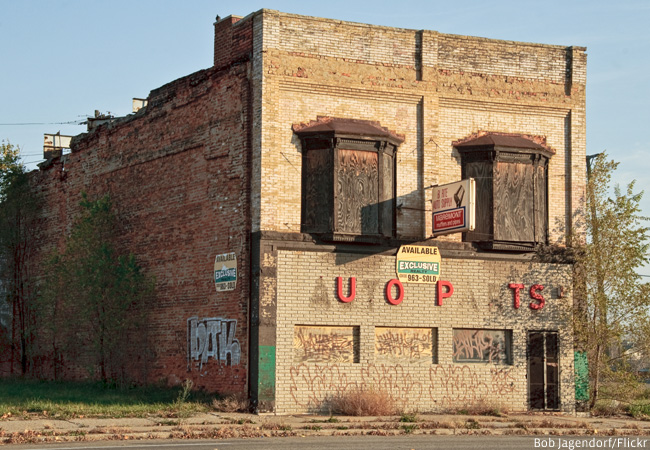 We know from history that crude populism offers no real solutions, only false hope and scapegoats. Yet it is also clear that there are many politicians who will cynically exploit genuine grievances for their own ends.

All of this means that the new year is beginning amid uncertainty and trepidation at every level in society. Potentially seismic changes in political leadership in 2017, not only in the United States but also across Europe, Iran, India and parts of Africa could disrupt established institutions and multilateral processes.

“We need to make changes to the international governance system
so that it is more resilient, robust and representative.”

At the same time, all across the world we see rising levels of xenophobia and intolerance and a narrowing of political vision focused on parochial introspection. It feels as if a lid has been taken off a simmering global pot of tensions and discontent, and views on race, gender and religion that only a few years ago were deemed unacceptable are now commonplace. Over the last twelve months, we have seen how public discourse is tarnished by harsh and ugly rhetoric. This is most evident online, where women and minority groups are targets for cowardly abuse and intimidation.

Some politicians claim this is a populist revolt against global elites, and that the whole system of international governance established since the end of the Second World War, including the United Nations, needs to be comprehensively overhauled.

I would argue instead that the values that form the foundation of the United Nations and the Universal Declaration of Human Rights are as relevant today as they were in the 1940s, and that our challenge is to uphold them. At the same time we need to make changes to the international governance system so that it is more resilient, robust and representative, and equipped to adapt to new geopolitical realities and complex long-term challenges, including climate change, mass migration and growing inequality.

If we are to have any hope of making any constructive progress in 2017, and stopping this rising tide of anger turning into destructive nihilism, all responsible politicians, civil society and business leaders must stand firm and reassert our basic, common values of dignity for all.

“All responsible politicians, civil society and business leaders
must stand firm and reassert our basic, common values of dignity for all.”

I am encouraged by the fact that there are many leaders, organisations and ordinary citizens who are still determined to act together to secure a sustainable future for our people and our planet.

I saw this for myself at the COP22 climate negotiations that took place in November 2016 in Marrakesh, Morocco. Leaders from countries at all levels of development, business, cities, regions, civil society and indigenous communities renewed their commitment to the goals set out in the Paris Agreement. The focus now is on implementation, so that any rise in global temperatures can be limited to 1.5 degrees Celsius or below, an absolute prerequisite for climate justice.

Fortunately, leadership exists. In Marrakech, I was very impressed by the Climate Vulnerable Forum: a group of around 47 countries, who are most vulnerable to the impacts of climate change, and most committed to leading a rapid transformation in their own countries to a carbon-neutral, climate resilient economy. 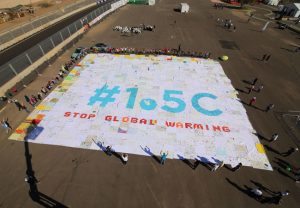 Children’s mosaic at a Climate Vulnerable Forum event at COP22 in 2016. (Credit: CVF)

I was inspired by their call for “a new era of the pursuit of development, ending poverty, leaving no person behind, and protecting the environment”, and for an international cooperative system fully equipped to address climate change. This is precisely the right vision and attitude, and a powerful antidote to today’s pervasive gloom.

Only by embracing this holistic approach can we successfully implement not only the Paris Agreement but also the UN Sustainable Development Goals. Taken together – which is absolutely essential, because without action on climate change, the rest of the 2030 Development Agenda will be unachievable – they have the potential to improve the lives of millions of people across the planet. It must be a bottom-up approach, where leaders and policymakers show humility, and listen to the experiences and voices of people at the sharp end of climate change, poverty, violence and injustice.

This is no time for naïve optimism – the challenges ahead are stark, and the voices of hostility are strident. But I remain inspired by the words of Nelson Mandela, who said in 2003 that “Those who conduct themselves with morality, integrity and consistency need not fear the forces of inhumanity and cruelty.”

As a member of The Elders, the group of independent former leaders founded by Mandela to work for peace and human rights, I will hold his words close in the coming year and hope they will continue to inspire citizens across the globe to trust their best instincts and work together for justice.

This opinion piece first appeared in the Financial Times and was then posted on www.theelders.com