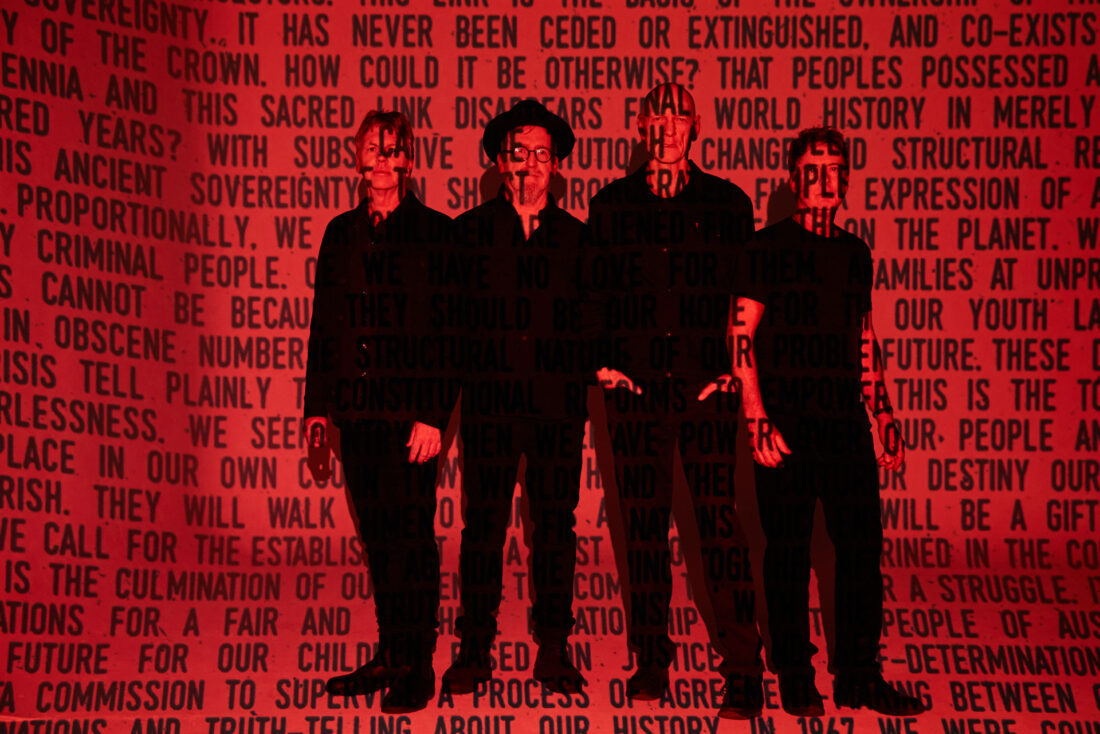 This article first appeared in the The Guardian on 14 October. Tickets for the November events in Sydney are available via http://tix.yt/midnight-oil-gold-medal

Australian band Midnight Oil will be awarded the gold medal for human rights by the Sydney Peace Foundation for its “commitment to the pursuit of human rights over an extended period … with a powerful, far-reaching impact”.

The gold medal for human rights is being awarded this year in lieu of the foundation’s usual Sydney Peace prize, which involves a public call for nominations, deliberations by a panel and generally takes more than a year to complete. The gold medal is awarded intermittently and the decision to award it is made by the foundation’s executive council.

The medal is awarded in “acknowledgement of an individual’s tireless commitment to human rights”, according to the foundation.

The band was “an Australian human rights trailblazer,” said Archie Law, chair of the Sydney Peace Foundation, in a statement on Wednesday. “This medal is in recognition of that relentless focus, and in particular for their environmental activism, their humanity and their drive to promote justice through both their music and their actions.”

The gold medal has been awarded three times in the last decade: to WikiLeaks co-founder Julian Assange in 2011; to diplomat, member of the French resistance and concentration camp survivor Stéphane Hessel, posthumously, in 2013; and to Christiana Figueres, former executive secretary of the United Nations framework convention on climate change, earlier this year.

“The struggle for peace – and its partner, justice – is universal and has occupied the centre of our music and activism for decades now,” Midnight Oil’s frontman and former Australian politician Peter Garrett said in a statement. “Today, real peace means reaching a lasting settlement with the First Nations people of this country and includes taking immediate action to protect our seriously threatened environment for once and for all.”

The award announcement comes two weeks prior to the release of the band’s new album, The Makarrata Project, which is out on 30 October.

The Makarrata Project was conceived to focus on Indigenous reconciliation and each song is a collaboration with First Nations performers. Collaborators include Jessica Mauboy, Leah Flanagan, Troy Cassar-Daley, Kev Carmody, Sammy Butcher, Frank Yamma, and a posthumous vocal from Gurrumul Yunupingu.

The final track on the album is a reading of the Uluru Statement From The Heart by high-profile Indigenous people including Stan Grant, Ursula Yovich, Pat Anderson and Adam Goodes. Some proceeds from the album will be donated to organisations in support of the Uluru Statement, the band has said, and Sony Music Entertainment Australia has pledged to match the artists’ contribution.

The band will officially receive the gold medal at a livestreamed event on 26 November, at which band members Peter Garrett, Martin Rotsey, Jim Moginie and Rob Hirst will join Stan Grant in conversation.