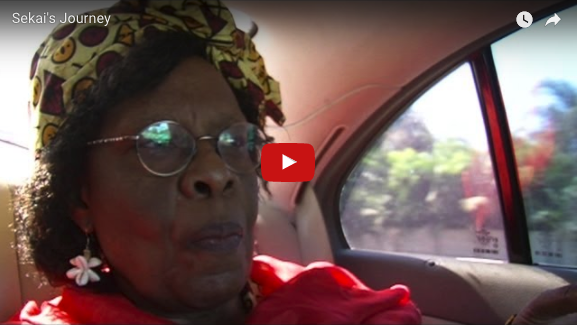 In May 2012, Dateline’s Walkley award-winning journalist, Yaara Bou-Melhem, travelled to Zimbabwe with the Sydney Peace Foundation’s Founder Professor Stuart Rees and Dr. Meredith Burgmann, hot on the trail of the indefatigable Senator to tell her powerful, moving and inspirational story. Covering vast distances of open road at frightening speeds, as well as navigating her way through the precarious political landscape that is the unity governemnt of Zimbabwe, Bou-Melhem’s profile of Senator Holland is impressive and intimate.

More on Senator Sekai Holland and the 2012 Sydney Peace Prize

Senator Mrs. Sekai Holland Co Minister for Reconciliation Healing and Integration in the Cabinet of President Robert Mugabe and Prime Minister Morgan Tsvangirai was announced as the recipient of the 2012 Sydney Peace Prize, in a ceremony hosted by the Australian Embassy in Harare , Zimbabwe, April 30.

The Sydney Peace Prize jury’s citation reads: For a lifetime of outstanding courage in campaigning for human rights and democracy, for challenging violence in all its forms and for giving such astute and brave leadership for the empowerment of women.

In addition to her work for the education of rural women and her founding of Australia’s anti Apartheid movement fifty years ago, Sekai Holland has been a significant leader of non violent, democracy campaigns, and is a key figure in her country’s national dialogue on how to heal the deep wounds of social conflict.’

This award comes as a wonderful surprise but one which is so encouraging. I accept on behalf of the brave women I have worked with for so many years and for my colleagues in our present Organ for National Healing Reconciliation and Integration. I also acknowledge the long term support and friendship which I have received from Australian Aboriginal campaigners for human rights and for peace with justice.