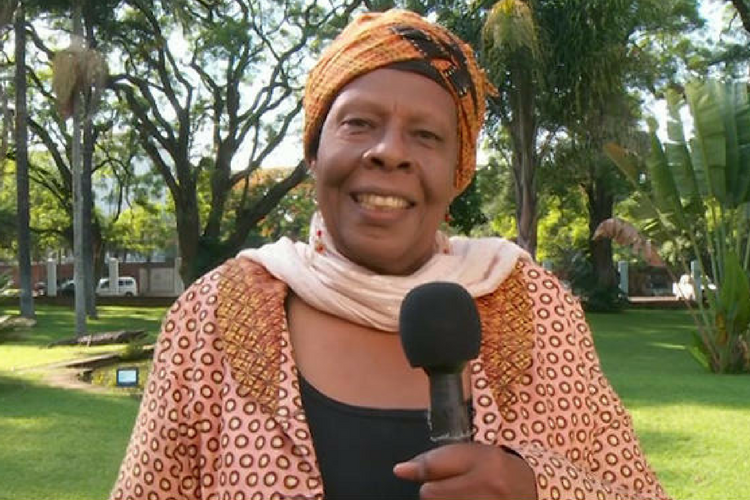 Sekai Holland on Mugabe’s resignation, and looking towards a future based on reconciliation

This interview, conducted by Janice Petersen , appeared on SBS on Wednesday 23 November.

In the wake of the  a military coup in Zimbabwe and Robert Mugabe’s resignation, 2012 Sydney Peace Prize recipient Sekai Holland has spoken out about the possibility of a future for Zimbabwe based on reconciliation.

It was a brutal regime built on fear, and one Zimbabwean-Australian Sekai Holland knows only too well.

A leading member of the opposition movement for democratic change, she stood up against Robert Mugabe and his henchmen in 2007 and almost paid with her life.

Medevaced to Australia for treatment, her recovery was long and painful, but today that’s a distant memory.

Mr Mugabe resigned as Zimbabwe’s president on Wednesday, shortly after parliament began an impeachment process to end his rule.

The 93-year-old clung on to power for a week after an army takeover and expulsion from his own ruling ZANU-PF party.

Speaking to SBS News, Ms Holland described Mr Mugabe’s resignation as “waking up from a bad nightmare that has gone on for a long time”.

“Most of us are still pinching ourselves that Mr Mugabe did resign finally, it’s a good feeling for us; the elderly,” she said.

Ms Holland was brutally beaten at a Harare police station in 2007, just one of several instances of harassment she experienced at the hands of the regime.

Despite years of opposition, Ms Holland was appointed as the Co-Minister of State for National Healing, Reconciliation and Integration in the cabinet of Mugabe in 2009, a role she used to advance her fight for social cohesion inside the country.

Ms Holland came to Australia as a student in the early 60s and married Australian Jim Holland in 1965.

They returned together to Zimbabwe and played a pivotal role in the country’s long struggle with racism and instability.

She said Mr Mugabe’s resignation highlighted the “African way to arrive at reconciliation”.

“Mugabe was not trashed, he is living, we are not trashing the wife, we don’t know what is happening with that,” she said.

“We know there are going to have processes to arrive at a just conclusion for all, we need to learn from that.

Zimbabwe’s former vice president Emmerson Mnangagwa is expected to be sworn in as president on Wednesday or Thursday.

Known as “the crocodile”, Mr Mnangagwa held several positions in the administration, including being made Mr Mugabe’s chief election agent during the 2008 elections.

Mr Mugabe lost the first round vote in 2008, and Mr Mnangagwa allegedly supervised the wave of violence and intimidation that forced the opposition to pull out of the run-off vote.

In the same year, Mr Mnangagwa took over as head of the Joint Operations Command, a committee of security chiefs which had been accused by rights groups of organising violent campaigns to crush dissent.

Ms Holland said focusing on Mr Mnangagwa “the man” was a mistake at this time.

“Emerson has written a five-page letter which we all got yesterday. In that letter, what gave me great hope was that he articulates democratic principle, which everybody heard, and which people are going hold him accountable too,” she said.

“What we need to do at this time is to understand that what happened here was an African way of resolving conflict, it was very well planned, well articulated and nobody seems to pick that the Africans have finally injected some of their ways of doing things into a world process.

“What we need to do is to take his [Mr Mnangagwa’s] words, which he wrote so articulately, and it’s to hold him accountable on each point that he made, that he does do what he has promised to do.”