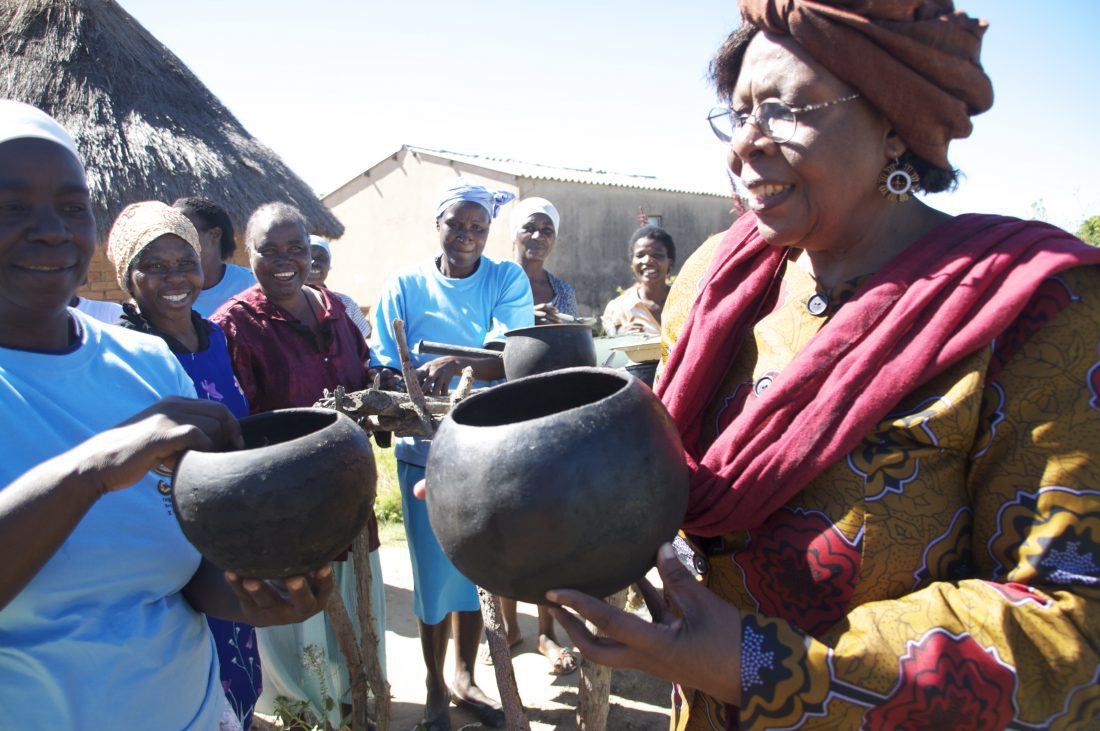 “Sekai Holland’s Australian story”, by Dr Meredith Burgmann for the ABC’s The Drum

Sekai Holland has played a pivotal role in Zimbabwe’s long struggle with racism and instability, but few people realise what an impact she had on race relations in Australia, writes Meredith Burgmann.

By now most Australians know that Senator Sekai Holland has won the 2012 Sydney Peace Prize. They will remember those terrible photos of her in a hospital in Harare after she was brutally arrested and tortured by the Mugabe forces during the lead up to the violent 2008 elections in Zimbabwe.

They also know that she is now the highly respected minister for national healing, reconciliation and integration in the Zimbabwean Unity Government. Few Australians however are aware of her strong Australian connections and her importance in the anti-racism movement in Australia.

Sekai Hove came to Australia as a student in the early 60s and married Australian Jim Holland in 1965. During the intense Anti-Apartheid activity of the late 60s and early 70s she came to prominence as the elegant and articulate face of black Africa.

When the all-white racially-selected Springbok Rugby Union team toured Australia in 1971 Sekai and Jim were everywhere. Sekai made fiery speeches at all the rallies and even protested at the games themselves. In Sydney the Springboks were staying at the Squire Inn Motel in Bondi Junction. It was protected by a heavy cordon of police and all protesters were relegated to the car park opposite. Not so Jim and Sekai who had booked rooms earlier and who swept up to reception and asked for their rooms. They stood on their balcony and waved to the crowd of protesters, reducing the Springboks to apoplexy as miscegenation took place before their very eyes.

Sekai was not just involved in her own struggles. She was tireless in her support of Aboriginal land rights, women’s rights and even became an activist in the early environmental movement. She got a job as a nipper on a building site and joined the (now famous) NSW Builders Labourers’ Federation. She and her sister Busi were an integral part of the Green Ban Movement and the fight to save Sydney’s old historic buildings.

In terms of her own independence struggle in (then) Rhodesia, Sekai had been very active while still a student. She set up an organisation in Sydney called the Free Zimbabwe Centre in opposition to the Ian Smith-aligned Rhodesia Information Centre and later became the Australasian representative of the Zimbabwe African National Union (ZANU). She travelled to Zambia to work in a ZANU refugee camp. There she spoke out against endemic violence against ZANU recruits in the camp, and sexual abuse of ZANU female recruits. She was labelled a dissident and sentenced to death. Tipped off that her life was at risk, she escaped back to Australia (where the Melbourne Herald had printed her obituary!) and continued her Anti-Apartheid and Zimbabwean Liberation work.

During this period, Sekai attracted the interest of ASIO which followed her from rally to rally and meeting to meeting. It is to ASIO that we owe a debt of gratitude for the rare pictures taken of Sekai during this time.

In 1980 she and Jim returned to Zimbabwe to be part of the post-liberation nation-building project. Sekai became active in human rights campaigns, particularly the rights of women. She resuscitated the Association of Women’s Clubs (AWC), a grassroots rural women’s development organisation, the largest women’s organisation in the country. The AWC became active in speaking out against the increasingly tyrannical Mugabe government and eventually she and the AWC leadership were gazetted and banned from their positions by Mugabe.

In 1999 Sekai became a founding member of the party set up to oppose the corrupt regime of Robert Mugabe, the Movement for Democratic Change (MDC). She travelled to Australia to help garner support for the MDC. She gathered the old Anti-Apartheid forces together and founded the Zimbabwe Information Centre to provide support in Australia for the democratic struggle in Zimbabwe.

The strong relationship that Sekai had built up with Australia’s Aboriginal community became crucial at this stage. The Congressional Black Caucus in the US and the Maori Caucus in New Zealand were originally loath to abandon their traditional support for independence leader Mugabe, but the Aboriginal leadership in Australia listened to Sekai with respect and was one of the first groups to support Morgan Tsvangirai and the new move for democracy in Zimbabwe.

Sekai’s strong links with the Australian trade union movement have also been helpful in the Zimbabwean struggle. In 2000, she was arrested while conducting a UNDP seminar in southern Zimbabwe. She disappeared into the rather frightening Zimbabwean prison system and we were all deeply concerned. At this stage I received a phone call and the distinctive voice of Bob Hawke was on the line.

“I hear Sekai has been arrested. Do you want me to ring that Mugabe and have a word with him?”

Bob made the call and eventually Sekai was released. Sekai had worked with Hawke when he was president of the ACTU.

She suffered constant harassment, arrests and attempts on her life. The most serious incident was in 2003 when she was pursued to her home in Harare and then she and her family were shot at repeatedly while trying to enter her house.

Her arrest and terrible torture in 2007 brought her plight to world attention. It is ironic that she now serves in a transitional government with the instigator of her suffering. She has said it is “a very difficult exercise but necessary because it has pushed our country out of full conflict into transition”.

Certainly life for ordinary Zimbabweans is slightly easier now that some economic and social stability has arrived with the Government of National Unity.

Dr Meredith Burgmann was a fellow Anti-Apartheid activist and long-time friend of Senator Holland. She has been president of the Zimbabwe Information Centre since 1999 and travels to Zimbabwe frequently. View her full profile here.