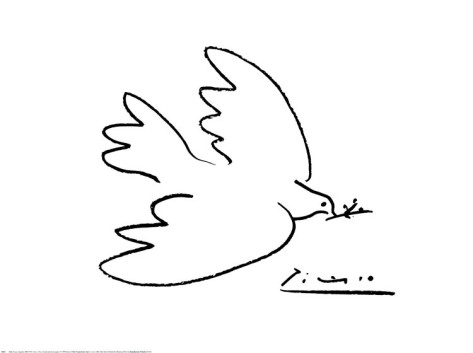 “The Art of Peace”: It’s time for an artist to win the Sydney Peace Prize

Sun Tzu’s ancient Chinese military treatise “The Art of War”has been a manual for war makers for centuries. With the centenary of the First World War upon us, stories of battles, heroism and sacrifice – all said to be in the pursuit of peace – will be the subject of much attention.

It is timely to draw attention away from battlefield and focus our minds on the role that the arts – including music, theatre, painting, film, poetry and literature – has played and can continue to play in advancing the cause of peace. Hence our theme for 2015: “The Art of Peace”.

The field may be narrower but it will be focused and highlight a particular way of expressing and advocating for peace whether it be in music or art.  Art has been enormously important – whether it be Picasso’s Dove of Peace, an image imprinted on our consciousness; Sibelius’ Finlandia, his Song of Peace; or John Lennon’s Imagine,” says Jane Singleton AM, Director of the Sydney Peace Foundation. 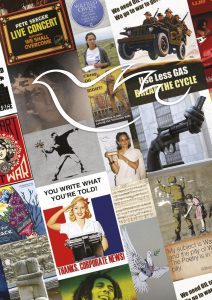 We are calling for the nomination of creative people or organisations that meet the criteria for the Prize.

Through The Art of Peace the Sydney Peace Foundation wants to recognise those in the arts world who have, in their own way, advanced the cause of peace in our time.

Whether it promotes reconciliation and understanding or protests injustice, and whether it encourages reflection on the horrors of war or the imagining of the world living as one, the arts have a unique capacity to shake up our minds and stir our souls.

Over the last 16 years the Sydney Peace Prize has been awarded to an individual whose efforts or achievements have demonstrated a commitment to the Foundation’s core principles: peace with justice, respect for human rights, and the language on non-violence. Some winners have been well known, others less. Sometimes the Jury’s choice has been controversial. But promoting peace in a world riven with conflict is rarely straightforward.

We want your help. Nominate someone for the Sydney Peace Prize!

We invite you to nominate persons in the world of art who you believe ought to be recognised for their contributions to peace. He or she may be Australian or from overseas, may be popular or up and coming, and may also be controversial!

To do so please complete the 2015 SPP Nomination Form and send this to us by post: