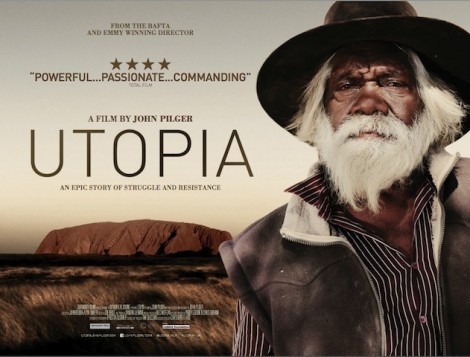 Utopia, from the Bafta and Emmy Award winning director and recipient of the 2009 Sydney Peace Prize, John Pilger, draws on his long association with the first people of his homeland Australia.

The film is both an epic portrayal of the oldest continuous human culture, and an investigation into a suppressed colonial past and rapacious present.

One of the world’s best kept secrets is revealed against a background of the greatest boom in mineral wealth. Has the ‘lucky country’ inherited South African apartheid?

Utopia, a new, epic film on Australia by John Pilger, has been released in cinemas in the UK in November and will be shown on ITV on Thursday 19 December. Museum of Contemporary Arts (MCA) in Sydney, with screenings from 21-23 January and on Australia Day, 26 January. For information visit mca.com.au