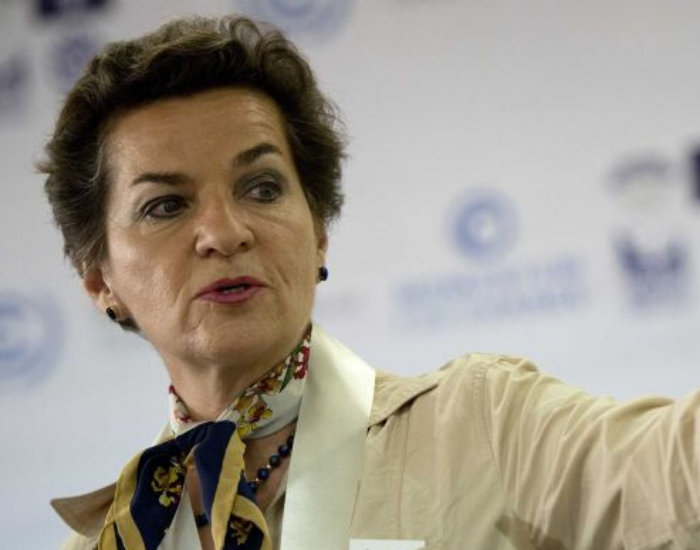 The leader of the Paris Climate Agreement talks says she is “deeply pained” by the attitude of the Australian Government to climate change in the wake of this summer’s unprecedented bushfires. Costa Rican diplomat Christiana Figueres became the United Nations’ top climate negotiator in 2010 and was at the helm for the historic Paris Climate Agreement in 2015.

Her task was to bring the leaders of 195 countries together to negotiate a binding agreement to stop the world warming beyond 2 degrees celsius – no easy task after the disastrous failure of the 2009 Copenhagen climate summit.

In an interview with Hack‘s Avani Dias about her new book, she hit out at the Australian Government’s response to the bushfire disaster.

“I am deeply pained by the attitude of the current Australian Government, that still after the worst disaster that has ever hit the planet, the bushfires in Australia, that this government is still denying climate change and denying the fact that there is a lot that Australia can and should be doing,” Figueres said.

Australia at the coalface of climate change

A common argument against Australia doing more to reduce emissions and transition away from fossil fuels is that as a country, Australia is only responsible for around 1.3 per cent of global carbon emissions.

Figueres also criticised that defence, saying Australia is at the frontline of climate change.

“I see it the following way: we now know because of the consequences of the bushfires, that Australia is actually one of the most vulnerable countries to unmitigated climate change,” she told Hack. 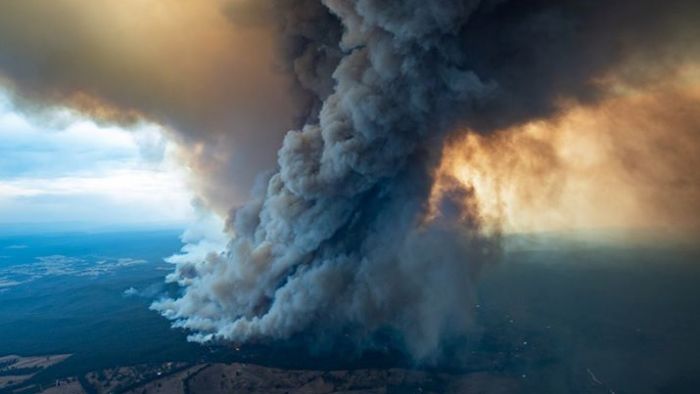 Labor has recommitted to its 2019 election policy of zero net emissions by 2050, saying Australia should pull its weight.

“Seventy-three countries, including the UK, Canada, France and Germany, many with conservative governments, have already adopted it as their goal. Australia should too,” Opposition Leader Anthony Albanese said on Friday.

Mr Albanese said the Morrison Government had been “complacent” about the risk of climate change, even as bushfires tore through the country.

Emissions Reduction Minister Angus Taylor told RN Breakfast on Monday that the Australian Government would not follow Labor’s net zero emissions, as the plan was “uncosted and unfunded“.

Mr Taylor was reticent to give an emissions target beyond 2030 ahead of the global climate meetings in Glasgow in November.

“We said by November we’ll have a long-term strategy with technology as a centrepiece… That work is going on.”

Minister Taylor’s office responded to Hack’s request for comment by citing a quote from Scott Morrison’s National Statement to the United Nations General Assembly: “Australia is doing our bit on climate change and we reject any suggestion to the contrary.”

Christiana Figueres called on the Morrison Government to lead by example when it comes to cutting carbon emissions and averting runaway global warming.

Australia depends on the best efforts being put forward by all countries, but for that, Australia has to do the same.

However, Figueres acknowledged every country is falling short of what she regards as necessary to stop the world warming beyond 2 degrees.

“No one is doing enough. Frankly, we should all be moving much faster than we are.”

When it comes to meeting our Paris commitments, the Federal Government has kept open the option of using a “loophole” to reach the 2030 target of reducing emissions by 26-28 per cent on 2005 levels.

It’s often referred to as carryover credits – put simply, Australia’s record on the previous Kyoto Treaty targets would be used as credit that’s deducted from our Paris goal.

Christiana Figueres said that undermined the purpose of the Paris Agreement.

“I think it’s very dangerous to act as though this were a game of cards. This is not a game, we cannot play with emissions or emissions reductions of the past,” she said.

However, she acknowledged the challenges facing Australia’s coal industry as the world transitions away from fossil fuels. 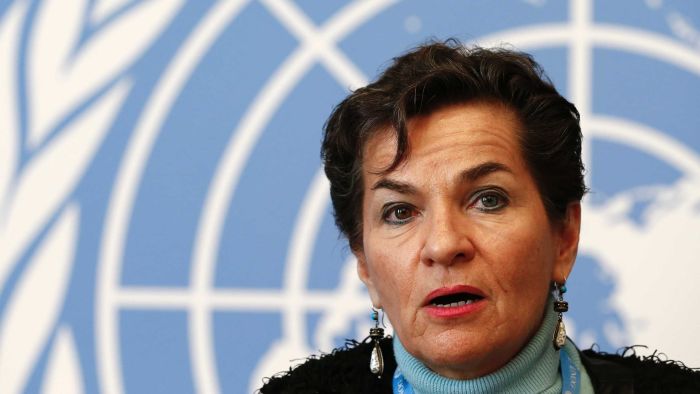 “It is definitely a complicated issue, I’m not going to underestimate how you transition those jobs out of coal into the present and the future.”

We cannot shy away from a challenge by simply admiring the problem.

Since leaving as the chief UN climate diplomat, Figueres founded the Global Optimism group, and has co-authored a new book, The Future We Choose, which focuses on what can be achieved if climate change is addressed in the coming decade.

She said there are many reasons to be optimistic about what’s in store.

“Yes we are facing the most important challenge that humanity has ever faced, but we have everything that it takes to address climate change! We have the technologies, we have the finance, we know what the policies are, we absolutely have all the tools in our hands.”

“Right now we’re holding the pen of history in our hands, it’s up to us to write what the history or humanity and of this planet will be.”