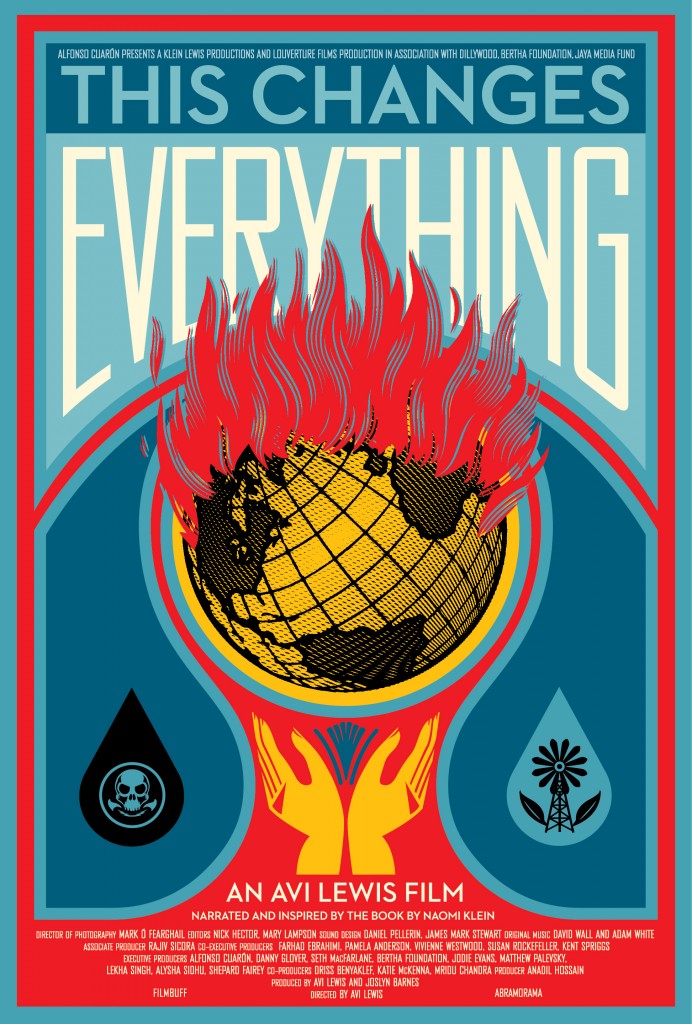 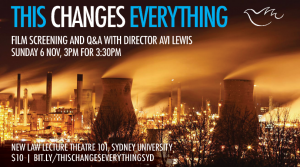 What if confronting the climate crisis is the best chance we’ll ever get to build a better world? Join us and kick off the 2016 Sydney Peace Prize week with a screening of Naomi Klein’s film This Changes Everything!

This is a very special screening, with a Q&A session with the film’s Director and Naomi’s partner in crime, Avi Lewis. Bring your curiosity and your questions and come along for an inspirational afternoon!

Filmed over 211 shoot days in nine countries and five continents over four years, This Changes Everything is an epic attempt to re-imagine the vast challenge of climate change. Throughout the film, Klein builds to her most controversial and exciting idea: that we can seize the existential crisis of climate change to transform our failed economic system into something radically better.