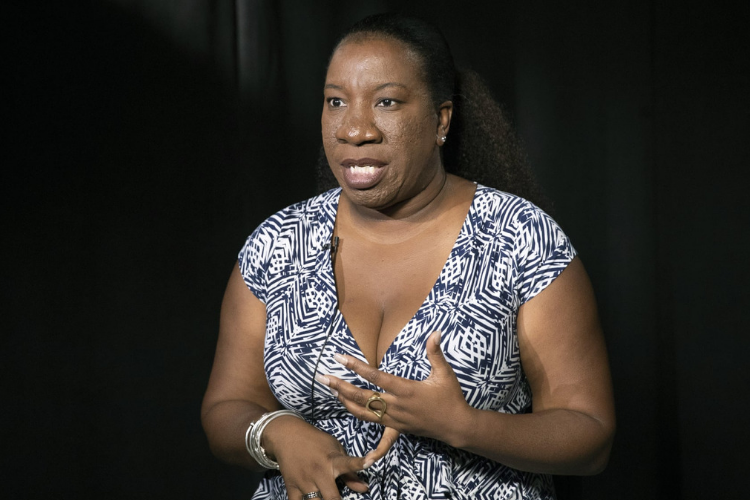 ‘A phenomenal leap’: Tarana Burke on #MeToo’s success so far and next steps

If it’s possible to galvanise people starting with a hashtag, then so much more is possible, the Sydney Peace prize winner says

After being named among a group of prominent activists against sexual violence known as “the silence breakers” in Time magazine’s 2017 person of the year edition, Tarana Burke went from being a grassroots civil rights activist to one of the global faces of the reckoning against predatory men.

Women globally united around the #MeToo movement that erupted in the aftermath of accusations against the Hollywood film producer Harvey Weinstein, using social media to share their experiences of sexual harassment and to call their abusers out. But as hopes were raised that society was finally taking the daily and gross injustices being faced by women seriously, a pushback began.

There were criticisms that #MeToo was accusing men and behaviours nowhere near as predatory as Weinstein, and the hashtag #NotAllMen surged in response. Commentators worried men were becoming the victims of a feminist witch-hunt. There were fears the movement excluded as many women as it empowered. Two years later, typing the phrase “has #MeToo gone too far” into Google brings up 5.8m results.

For her role in a movement that had swelled far beyond any one person’s control, Burke was trolled and attacked online and publicly, often viciously.

Burke, who will be in Australia in November to accept the Sydney Peace prize for her foundational work with #MeToo, says despite the difficulties the movement has faced, she has always been someone to “see the glass as half full”.

“Donald Trump did not invent sexism and misogyny or rape culture or any of those things,” she says. “Neither did [US supreme court judge] Brett Kavanaugh. They are both extreme, really gross examples of what happens when there’s an unchecked accumulation of power.

“But previously with both men the behaviour wasn’t even called out. We could not identify it because nobody talked about it. People wouldn’t join those who wanted to fight.

“So I think it’s important to acknowledge the fact that these men are not just being allowed to behave that way without any consequences, even if the consequence is just being accused and called out. The fact of the matter is we have a lot of work to do and a long way to go. But what #MeToo has done is sort of blow up an old paradigm and make space for this new one that is more inclusive, and more expansive. Now we can raise our voices, we can galvanise, and that’s a phenomenal leap from where we were 30 years ago.

“If it’s possible to galvanise people starting with a hashtag, to get them to stand up and raise their voices and be counted and be a part of this global community, then so much more is possible.”

‘The vision has not changed’
Burke’s work began on the streets, helping girls across the US heal from and share their stories of sexual violence at the hands of their friends, family members, carers and strangers in a program of empathy she called Me Too. She is now 46 and the senior director of Girls for Gender Equity in Brooklyn. Despite her public profile, Burke insists her work now is not far removed from where it began in Alabama decades ago.

“And in my lifetime, before I close my eyes, I’m accepting awards in Australia and talking to people in other countries about the very same vision. The vision has not changed, which for me has always been about creating communities for survivors where they can find their own way to healing and activating folks to be leaders in the movement against sexual violence. Nothing about that has changed, but we just have way more people to talk to now.”

Towards the top of her list of people to talk to about sexual violence are US voters. She describes the 2020 US presidential election as “one of the most important elections in our lifetime”.

“And nobody, not any of the candidates are talking enough about sexual violence,” she says. “You have so many millions of people who came forward and said that their lives have been affected by sexual violence and then, nothing. To not hear a response from the people who want to be in leadership in this country is super problematic. So we’ve created a new hashtag, called #MeTooVoter.”

Burke believes sexual violence should be addressed by politicians and the media as a public health crisis. If a disease broke out tomorrow affecting millions of people globally, “the world would literally stop”, she says.

“There would be non-stop coverage asking: what is this disease that everybody has? How did we not see it coming? How did we get here? Where did it come from? You have people that cross every demographic you can think of whose lives are affected by this thing. And that means those people are voters and taxpayers. And I mean, politicians, they’re accountable to us.

“The second thing right behind that question people would be asking is, well, how do we stop it? And then the very next question would be, how do we make sure that we never end up here again?”

It is that last question that has Burke’s attention. She wants to explore and expose the roots of sexual violence, which she says can differ between countries and cultures. She is having conversations with #MeToo campaigns in Africa, Sweden and India to understand how the public and policymakers are responding to sexual harassment.

Building a diverse and inclusive movement
Burke will receive the annual Sydney peace prize alongside the Australian author and broadcaster Tracey Spicer, who was part of a Walkley award-winning team that exposed multiple allegations of sexual harassment and bullying by the Australian TV personality Don Burke.

Spicer was elevated to a spokeswoman in Australia for the #MeToo movement thanks to her role in the investigation and public call-out for women to disclose their experiences of sexual harassment. Spicer created Now Australia in the aftermath of her journalism to support survivors. But she has since stepped back from the organisation, and last week a BuzzFeed investigation raised serious questions about how Now Australia was being run.

“I don’t have criticisms of Now and Tracey Spicer, I don’t know enough about their work,” Burke says. But she says movements cannot work with one person “who is making all the change alone”.

“Movements only happen with a collective of people,” Burke says. “But the way the world is now, there’s always this elevation of the charismatic, individual leader. And that person is supposed to have all the answers and make all the great classic speeches and motivate all the people. And you know, I’m perfectly willing to do my my best to keep people motivated to fight, but those people also have to be invested in this issue. They have to want to create change.

“And that also means diversity, right? Because if you don’t have a diverse and inclusive container to hold a movement, then people won’t see themselves in it, or they won’t feel invested in the work.”

Keeping empathy at the surface
Burke believes in empowering others to speak, in elevating other women to lead. But she admits that it is hard to escape the pressures that come with being a prominent figure in a movement, no matter how hard she tries to highlight the work of others. Women frequently disclose their experiences of sexual violence to her, and their stories are often distressing and horrific.

It was easier to put boundaries in place to protect herself from burnout when she was just a youth worker, Burke admits. She finds them more difficult to enforce now she is a household name worldwide. Her empathy is always at the surface.

“I feel like when you put yourself out there, if you allow yourself to be put out into public against the world and a representative of this thing, you have to walk in that responsibility as much as possible,” Burke says.

“So I imagine these people watch the tapes of me talking, they’ve seen the articles where I speak about these issues which they may not have heard many people speaking about before. And then imagine they meet me in person and I’m like, ‘I can’t talk to you’.

“I’m just always imagining who is going to be crushed by that. Now I’m not a therapist and I don’t have the capacity for that, but to the extent that I can extend myself to some degree to people and see the folks just want to be acknowledged, I do feel a strong sense of duty.

“Most folks just want to be seen, and to be seen in a real and true way.”

Tarana Burke is in Australia to receive the 2019 Sydney Peace prize on behalf of the #MeToo movement. The prize will be awarded at the City of Sydney peace prize lecture on 14 November, and Tarana Burke will be speaking at the National Press Club on 13 November and the Collingwood Town Hall in Melbourne on 18 November.

This article was written by Melissa Davey and first appeared in The Guardian Australia.