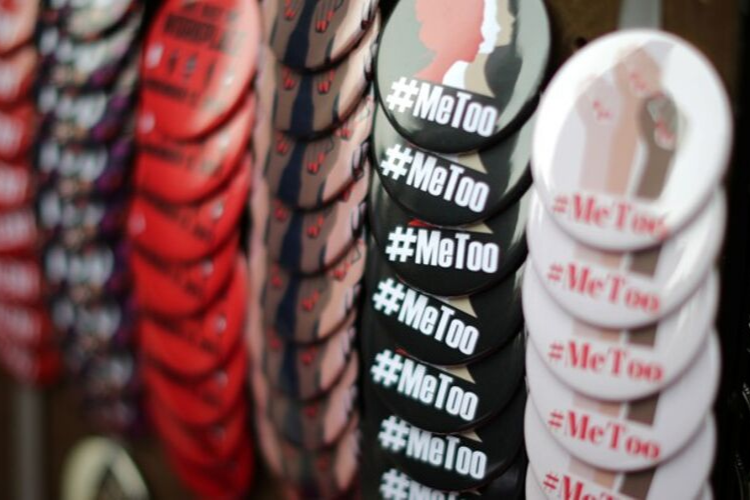 Women’s bodies are being politicised again in countries where the debate over women’s bodily autonomy should have been concluded decades ago, says Katrin Jakobsdottir

Women are losing control of their own bodies as “aggressive nationalism” sweeps the world, Iceland’s prime minister said on Tuesday, opening the first international #MeToo conference.

Katrin Jakobsdottir, Iceland’s second female prime minister, kicked off the three-day summit, whose 80-plus speakers will brainstorm ways to end sexism, harassment and violence against women, on the eve of the #MeToo movement’s second anniversary.

“Women’s bodies are being politicised again and anew in countries where the debate over women’s reproductive rights and bodily autonomy should have been concluded decades ago,” said Jakobsdottir, whose Left-Green Movement took power in 2017.

“This hostile political climate is characterised by a return to aggressive nationalism and a systematic undermining of universal human rights … And when human rights are undermined, women and minorities are first in the firing line.”

The #MeToo campaign spread across social media in October 2017 as about 70 women came forward with allegations against Hollywood mogul Harvey Weinstein in a scandal that sparked a global debate over sexual abuse and harassment.

Weinstein, 67, who has denied the allegations and said any sexual encounters were consensual, is set to face a trial in January for rape and predatory sexual assault. He could face a life sentence if convicted.

The #MeToo conference on the Nordic island of 340,000 people will largely focus on the region, but will also take in the movement’s global impact and aims to identify common solutions.

Though Jakobsdottir did not specify which countries she was referring to in her speech, the United States has seen a growing battle over reproductive rights after a number of states passed laws aiming to heavily restrict access to abortions.

Veteran U.S. civil rights activist Angela Davis, who spoke at the 2017 Women’s March on Washington to protest the start of Donald Trump’s presidency, will deliver a keynote speech.

Another U.S. feminist pioneer, Cythnia Enloe, will speak on the backlash against #MeToo by the “radical right”, linking recent restrictions on women’s reproductive rights to #MeToo.

Other topics under debate include whether the movement has changed understanding of the meaning of consent, how to deliver justice for survivors and the experiences of marginalised groups such as ethnic minorities and the disabled.

Me Too led to scrutiny of laws and prompted shake-ups of cultures at many workplaces but also drew criticisms, with some warning it is leading women to be locked out of business opportunities by men wary of being accused of misconduct.

This article was written by Sonia Elks and first appeared on the Thomson Reuters Foundation’s website on September 17, 2019