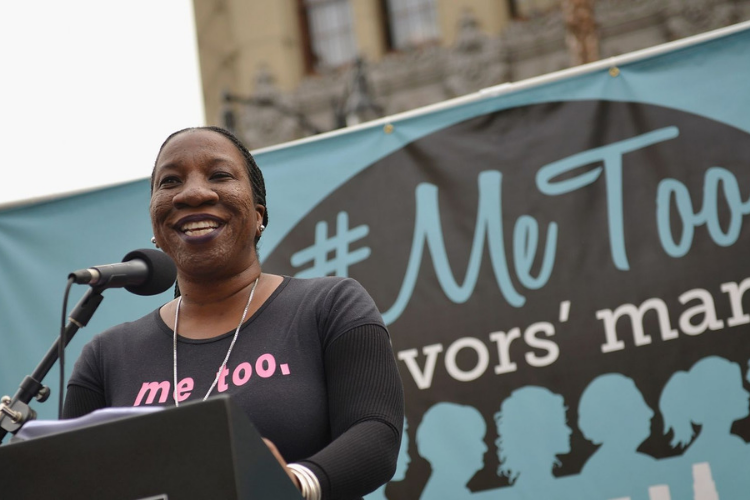 Honouring the Me Too movement with the 2019 Sydney Peace Prize

Starting with two words, ‘me too’, women around the world have united in solidarity to share personal experiences about sexual harassment. This global call for change – the Me Too movement – has played a game-changing role in destigmatising the experiences of survivors of sexual assault and harassment, and, indeed, has re-imagined a future free from pervasive sexual violence. In recognition of its impact, the movement will be awarded the 2019 Sydney Peace Prize, with Tarana Burke and Tracey Spicer accepting the Prize on behalf of Me Too. The 2019 Sydney Peace Prize Jury citation reads:

“For empowering survivors of sexual harassment and violence, and elevating their voices; for championing truth and justice; for highlighting the breadth and impact of sexual violence worldwide; and for launching a demand for change that is sweeping the world.”

Founder Tarana Burke began building the movement in 2006 in the United States to support survivors of sexual violence, particularly black women and girls, connect to resources for healing, and to build a survivor-led community of advocates against sexual assault. Her grassroots work has now expanded to reach a global community of survivors from all walks of life.

Me Too is a movement about the far-reaching power of empathy. It’s about the millions of people who have raised their hands to say ‘me too’. And their hands are still raised..

Tracey Spicer AM is a journalist, author and broadcaster who has spearheaded the Me Too movement in Australia. She has produced award-winning investigations into sexual harassment in workplaces and founded NOW Australia in 2018 to advocate for safe workplaces and to support those who have been sexually harassed at work.

A demand for change sweeping the world

Contrary to popular belief, the Me Too movement did not spontaneously burst into existence, spurred by allegations from Hollywood actresses against movie mogul Harvey Weinstein. While much of the mainstream media coverage of Me Too has centred around the entertainment industry and the downfall of powerful perpetrators, Tarana Burke is quick to bring the focus back to where it belongs – to the survivors.

“Me Too is a movement about the far-reaching power of empathy. It’s about the millions of people who have raised their hands to say ‘me too’. And their hands are still raised.” 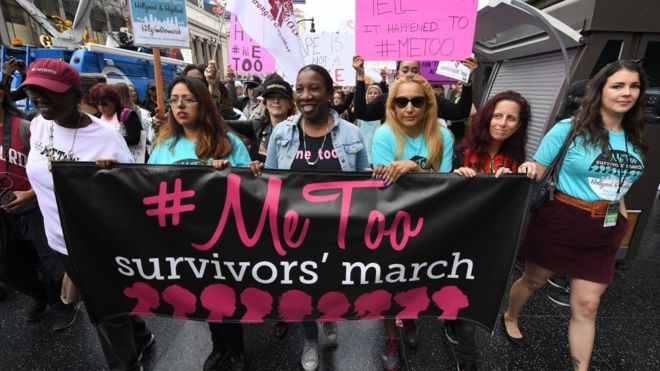 In recounting the first sparks of Me Too, Tarana recalled her deep despair at witnessing rampant sexual assault in her community. Laying on the bed in her one-bedroom apartment in early 2006, Tarana pulled out a piece of paper and scrawled ‘me too’ across the top of the paper. But she didn’t stop there. Below ‘me too’, she began to build an action plan for a movement based on empathy between survivors that would allow the healing of deep wounds. From the idea of empowerment through empathy, Tarana built Just Be Inc., a not-for-profit and network with a mission to support and amplify the voices of survivors of sexual abuse, assault, and exploitation.

On our own shores, Australian broadcaster, journalist and author Tracey Spicer has been spearheading the Me Too movement, speaking out about prevalent sexual abuse and harassment in the workplace and seeking to build a support network for survivors. The spark which truly ignited the Me Too movement in Australia was a tweet from Tracey in 2017 to her 57,000 followings asking people to “contact me privately to tell your stories.” The tweet received more than 2,000 responses and propelled Me Too into the Australian public conscious and discourse. Following a flood of responses and harrowing stories from survivors, Tracey set up NOW Australia to support people across all industries who have been sexually harassed, assaulted or intimidated at work.

Commending Tarana for starting the movement, Tracey spoke of her optimism for a better future. “The Me Too movement has changed everything, it gives women a support base and information with which they can speak out and tell their stories.”

In our own backyard

The Me Too movement has kickstarted an outpouring of individual and collective voices shining a spotlight on the universal experience of women and some men with sexual harassment and abuse. And Australian society is unfortunately no exception. Statistics show that 1 in 5 Australian women will experience sexual violence in her lifetime, and that 1 in 2 will be subjected to sexual harassment. And these statistics only become more severe for indigenous women and women living with a disability. It is clear that we continue to have a very serious problem with attitudes towards domestic violence, consent, sexual abuse, and harassment. 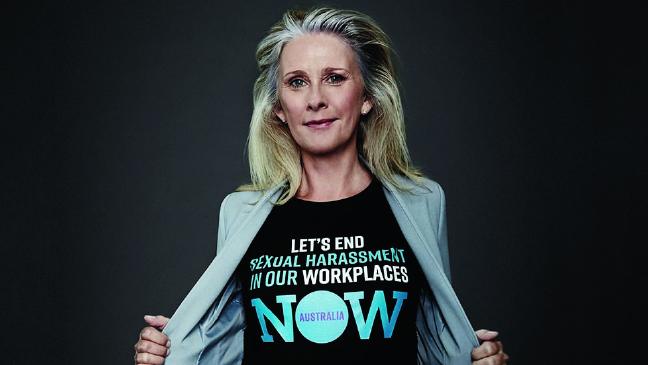 The Me Too movement has revealed holes in our cultural norms and legal structures which must be addressed to better serve our communities and promote progress. Australian Sex Discrimination Commissioner Kate Jenkins announced in 2018 an Australian Human Rights Commission-led National Inquiry into Sexual Harassment in the Workplace. ‘Me Too has given us reason to be hopeful,’ says Jenkins.

Without justice, peace is hollow and fragile. Every human being has the right to live their life in dignity, and when rampant sexual harassment and violence goes unchecked, we are all diminished and lose sight of our common humanity.

We owe future generations a world free of sexual violence. I believe we can build that world. Do you?”

To create spaces where survivors can speak truth to power in search of a better world requires courage, vision, leadership, and heart. Tarana, Tracey, and the many women and men raising their hands in unison to demand that their voices be heard challenge the societal structures and norms we have thus far accepted.

In Tarana’s words, “We owe future generations a world free of sexual violence. I believe we can build that world. Do you?”

The Sydney Peace Prize will be awarded on Thursday 14 November at Sydney Town Hall. Tickets available at bit.ly/SPPMeToo

This article was written by Katie Gabriel and first appeared in the SSPS Review on 25 June 2019.