For a lifetime commitment to human rights, his ceaseless efforts to protect children in time of war and his promotion of measures for the healing and social reintegration of children in the aftermath of conflict. 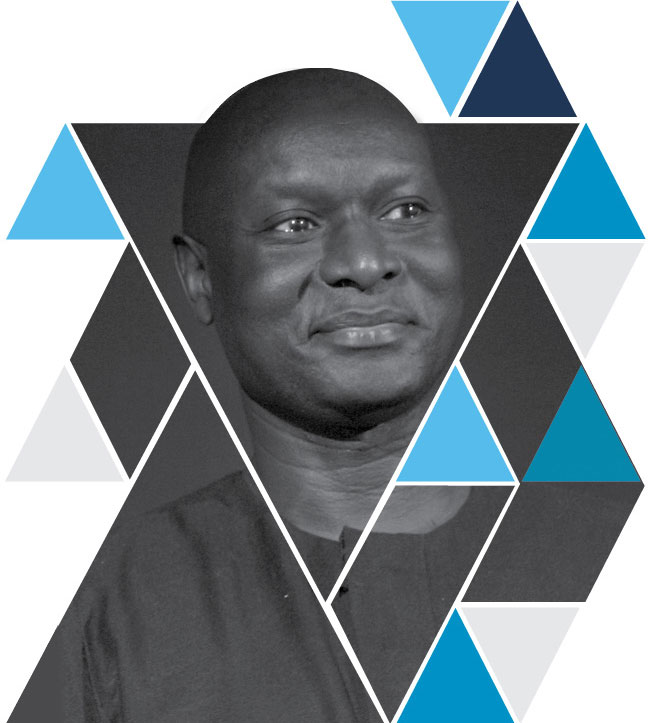 The 2005 Sydney Peace Prize was presented to Olara Otunnu by Her Excellency Dame Professor Marie Bashir AC DVO, the Governor of New South Wales at the Great Hall, University of Sydney, on Thursday 10 November .

Olara Otunnu is a former Ugandan foreign minister who has spent years campaigning to stop the involvement of children in war. In the 1970’s, as president of the Students’ Union in Makere University and as Secretary-General of Uganda Freedom Union, Mr. Otunnu played a leading role in the resistance against the regime of Idi Amin. After the overthrow of that regime he was Uganda’s permanent representative to the UN and in the mid 1980’s was his country’s Foreign Minister. From 1990 until 1998 he was President of the International Peace Academy.

Otunnu has taught at Albany Law School, and the American University in Paris; he also practised law at the firm of Chadbourne & Parke in New York. Mr. Otonnu was educated at Budo, Makere University, Oxford University, and Harvard University where he was a Fulbright scholar.

In 1997, following Graca Machel’s landmark study of the impact of war on children, the UN Secretary-General Kofi Annan appointed Mr Otunnu as his special envoy for the protection of children exposed to armed conflict. During his time as United Nations Under-Secretary-General and Special Representative for Children and Armed Conflict, Otunnu led a UN-based campaign to mobilise international action for the protection of children exposed to war, whether recruited as child soldiers or brutalised as its victims.

Mr Otunnu has traveled the world negotiating to end the use of child soldiers and other violations against children, and the Jury commended by Mr Otunnu’s passionate commitment, advocacy and initiatives to protect children, the most innocent and most vulnerable members of a community. Otunnu’s 2003 report ‘Children and Armed Conflict’ warns that there is continued targeting and brutalisation of children in situations of armed conflict, including their killing, maiming, use as child soldiers, rape and abduction. The report refers to a ‘human made catastrophe of tsunami proportions.’

Mr. Otunnu has been instrumental in placing the protection of war-affected children on the international peace and security agendas. He was hailed for his close work with UNICEF in negotiating a landmark Resolution 1612, passed by the UN Security Council in July 2005,, which established a comprehensive system to monitor and report on compliance and violations of child soldiers. The Resolution is meant to develop the practice of naming and listing parties to conflicts which brutalise children, and so far 54 groups spanning every continent have been identified  that exploit children as soldiers and sex slaves.

Tens of thousands of children immersed in a culture of fear and revenge serve as the recruits for continuing violence and instability around the world. When we destroy children in situations of war, we commit two crimes at once – we destroy the present and, in the process, we also destroy the future of our societies. I can think of very few things which are more unforgivable than that. We must stop this process of self destruction.

Mr. Otunnu is active in many civic initiatives and organizations. He currently serves on the Carnegie Endowment for International Peace, the Aspen Institute, Carnegie Corporation of New York, the International Selection Commission of the Philadelphia Liberty Medal, Aspen France and the jury for the Hilton Humanitarian Prize.

Olara Otunnu’s Peace Prize Lecture: “Saving Our Children from the Scourge of War”

When adults wage war, children pay the highest price. Children are the primary victims of armed conflict. They are both its targets and increasingly its instruments. Their suffering bears many faces, in the midst of armed conflict and its aftermath.