For his principled and courageous opposition to proponents of war in Iraq, for life long advocacy of humanitarian law and non violence and for leadership of disarmament programs to rid the world of weapons of terror. 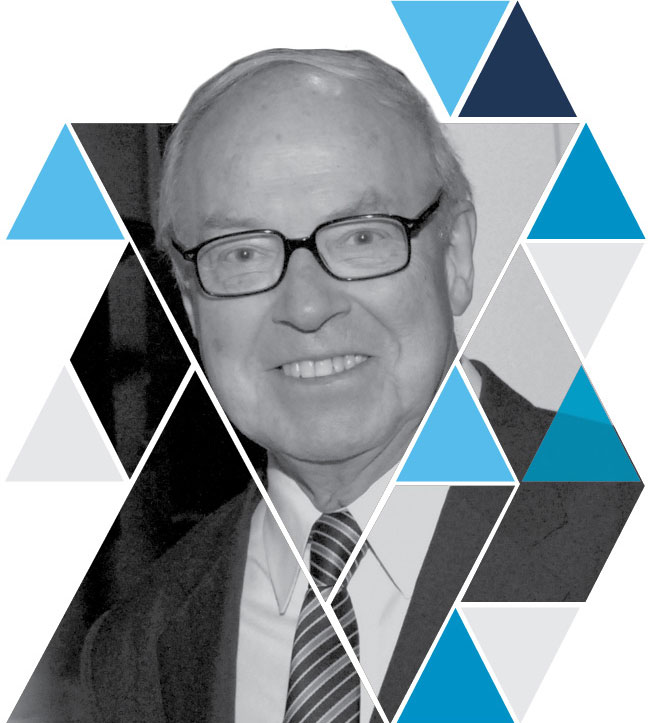 Dr Hans Blix is a Swedish diplomat and former chief UN weapons inspector. He is known around the world for his work on humanitarian law, and his life-long advocacy for disarmament and elimination of nuclear weapons and weapons of mass destruction.

Born in Sweden in 1928, Blix studied at the University of Uppsala and at Columbia University, receiving his Ph.D. from Cambridge University. After becoming a Doctor of Laws at Stockholm University, he was appointed an Associate Professor in International Law. Dr Blix was a member of Sweden’s delegation to the United Nations General Assembly from 1961 to 1981, and from 1962 to 1978 he was a member of the Swedish delegation to the Conference on Disarmament in Geneva.

Dr Blix was Swedish Minister for Foreign Affairs (1978–1979) and later became the head of the International Atomic Energy Agency. He was the first Western representative to inspect the consequences of the Chernobyl disaster in the Soviet Union on site. During the Iraq disarmament crisis before the 2003 invasion of Iraq, Dr Blix was called back from retirement by UN Secretary General Kofi Annan to lead the United Nations Monitoring, Verification and Inspection Commission (UNMOVIC) in charge of monitoring Iraq. The Commission began searching Iraq for weapons of mass destruction in 2002, ultimately finding none, delegitimating the 2003 invasion of Iraq by the George W. Bush administration.

When notified of the news, Dr Blix responded from Stockholm:

It is with surprise, gratitude and pride that I received notice of my selection as the recipient of the 2007 Sydney Peace Prize. While I am at present deeply engaged in urging a revival of disarmament in line with the recommendations of the Weapons of Mass Destruction Commission that I chaired, I am particularly happy that the jury also referred to my work on principles of humanitarian law. It will be a great pleasure to come to Sydney to receive the award.

With the choice of Dr Blix the Peace Prize Jury signalled a need for an Australian Government to revive the work of the 1996 Canberra Commission on the Elimination of Nuclear Weapons. The Jury also emphasised that Blix, as chair of the WMD Commission, interpreted disarmament as ranging from small guns to biological, chemical and nuclear weapons.

In his City of Sydney Peace Prize Lecture, Dr Blix shared his belief that long term the interdependence of nations that has already led to peace in a growing number of areas in the world, will lead to a globalisation of peace, to a continued
growth of international law and of common global institutions. Yet, he warned that we we must wake up to the troublesome reality of new great power tensions and arms races. To curb these developments, Blix emphasised the international community must revive disarmament and further develop the multilateral system of co-operation, including the United Nations. Blix also spoke of climate change, and warned that both life and peace are threatened if we do not limit the use of the earth’s resources and restrain our use of fossil fuels.

City of Sydney Peace Prize Lecture:
“The Globalisation of Peace”

One of the lessons of the Iraq war is that information gained by independent international inspection should not be ignored. I never claimed our inspectors were smarter than the agents of national intelligence. But I could sincerely say we were in nobody’s pocket.

It was said that my telephone was bugged at the time. If it was I wish they had listened better to what I had to say…