For exposing injustice for over 45 years as a humanist artist, activist and filmmaker, for his courage to witness and confront violence in the war zones of the world, for enlisting the arts to subdue aggression and for enlivening the creative spirit to promote tolerance, respect and peace with justice. 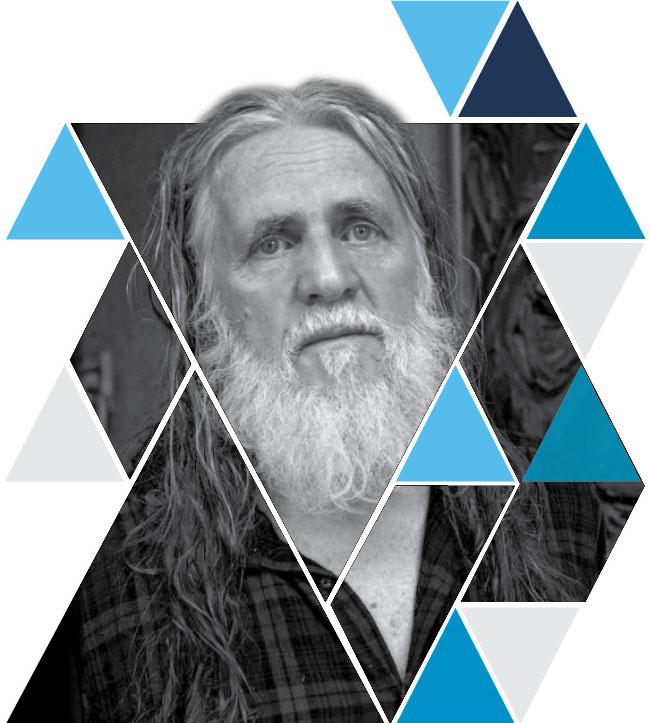 Dr George Gittoes AM, Australian humanist artist, activist, and film-maker was announced as the recipient of the 2015 Sydney Peace Prize on April 11 2015.

Gittoes grew up in the Sydney suburb of Rockdale and studied Fine Arts at The University of Sydney. In 1970 he helped establish The Yellow House artists collective in Kings Cross with others including Martin Sharp and Brett Whitely.

Gittoes’ activism has evolved through his work as a painter, filmmaker and photojournalist. For the better part of the last five decades, Gittoes has been travelling the world chronicling conflicts and social upheavals in many places including Nicaragua, Somalia, Cambodia, Western Sahara, Northern Ireland, Bosnia, Bougainville, East Timor, South Africa, Palestine, Iraq and Pakistan.

In 1995 Gittoes was a witness to the massacre of thousands of Rwandans at a displaced persons camp where they had sought protection from UN peacekeeping forces.  This inspired his painting The Preacher, which won the 1995 Blake Prize for religious art.

Gittoes uses his talent and passion to transform the stories of oppressed people he has met in war zones into artwork that conveys the complicated issues at the heart of each conflict with confronting accuracy and emotive detail. Gittoes commented:

“At a time when the world is speeding into a new cycle of war it is inspiring that the Sydney Peace Foundation values art as a way to help overcome the brutality. Winning the Sydney Peace Prize is a wonderful and unexpected honour”.

The Jury commended Gittoes for his innovative and creative approach to peacebuilding: “George Gittoes is daring, brash and irreverent – qualities Australians identify with,” says David Hirsch, Chair of the Foundation. “He is also generous, open-minded and compassionate – qualities we also identify with but which have been in short supply in recent years. The Jury felt his unique approach to peacebuilding and social justice should be recognised and applauded.”

Gittoes is currently based in Jalalabad, Afghanistan – arguably the most dangerous city in the world. Against all odds, and at great personal risk from the Taliban, he has established a new Yellow House artists collective. Its mission is to bring peace and positive social change not with the weapons of war but with a broad range of creative media and strategies.

Art historian Dr Rod Pattenden says “His images pry open the door to a conversation about what it means to be human at the very limits, where petty myths, tired illusions and worn-out symbols collapse. This is the dare at the heart of his practice – to activate the imagination rather than fear, and to create hope in the face of chaos.”

“I feel privileged to have been able to spend much of my life creating beauty in the face of the destruction of war” says George Gittoes. “I have been waging a personal war against war with art.”

View some of Gittoes latest work

The thing about art is that it is free, like the sunshine. And creativity is like sunshine, it is free too. But human beings can also destroy. I know what side I want to be on, I want to be with the creators.