For exposing the structural causes and responsibility for the climate crisis, for inspiring us to stand up locally, nationally and internationally to demand a new agenda for sharing the planet that respects human rights and equality, and for reminding us of the power of authentic democracy to achieve transformative change and justice. 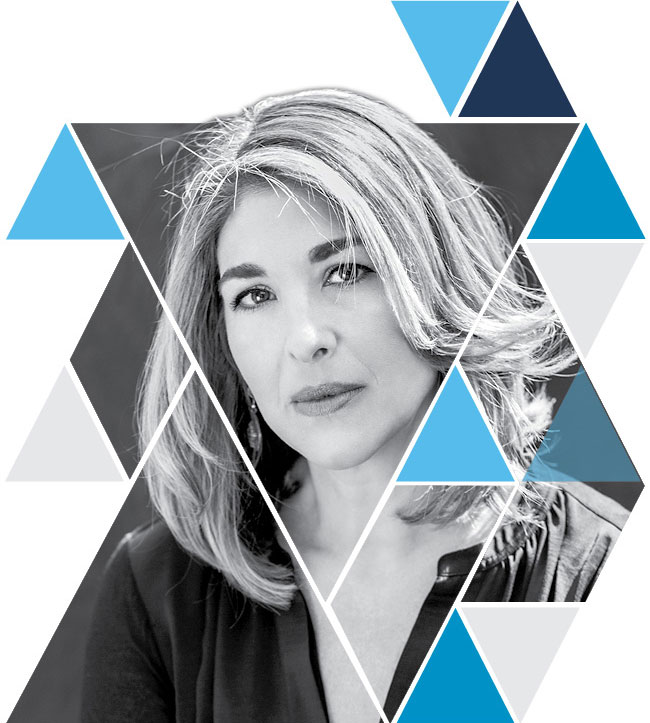 The 2016 Sydney Peace Prize was presented to Naomi Klein at Sydney Town Hall on Friday 11 November, at the City of Sydney Peace Prize Lecture and Award Ceremony. This inspiring featured music by Missy Higgins, an introduction by 2008 Sydney Peace Prize Laureate Senator Patrick Dodson, and poetry by Kathy Jetnil-Kijiner from the Marshall Islands. Professor Gillian Triggs, President of the Australian Human Rights Commission, awarded the Prize. The celebratory Sydney Peace Prize Dinner directly followed the Lecture across the road at Sydney Hilton Hotel, and was compered by journalist Tara Moss.

Climate change is at the root of violence and suffering across the world, from wars over water to fires and floods that destroy livelihoods, displacing thousands. The economic system that has created this crisis has disadvantaged many and has damaged our planet beyond repair. If we want to achieve peace, we cannot ignore climate change. It is the greatest challenge of our time, and we must recognise that this is about justice and human rights, as much as it is about the environment. It requires a transition away from fossil fuels and predatory economics, to a system that cares for people and planet. Naomi Klein shows us how.

Klein says “It is a tremendous honour to receive this recognition. It comes at a time when the impacts of the climate crisis are being acutely felt, from the devastating bleaching of the Great Barrier Reef to the horrific wildfires tearing across my own country. A great many people know in their hearts that now is the time for bold action. Yet political leadership is still lacking — and nowhere more so than in Australia.

This award will help further work that articulates the need for a justice-based transition from fossil fuels, highlighting policies that dramatically lower emissions while creating huge numbers of jobs and battling systemic inequalities. I have no doubt that the jury’s decision will spark healthy debate, and I look forward to participating in those discussions.”

A fine, fierce and meticulous mind

The Jury commended Klein for proposing solutions that not only reduce emissions and end fossil fuel extraction, but also aim for social justice, economic fairness:

“She challenges feelings of powerlessness, apathy and confusion, and inspires people to demand a leap towards a society based on caring for each other and for the earth,” said David Hirsch, Chair of the Foundation. “We think that Klein’s message is one that Australians really want – and need to hear.”

With publications including No Logo and The Shock Doctrine Naomi Klein dissects the systemic and fundamental challenges of our time. Throughout her career she has joined the dots between politics, economy and history, distilling powerful truths that are universally applicable, which once understood cannot be unheard or unseen. Turning to climate change in the book, film and worldwide campaign This Changes Everything, “Naomi Klein applies her fine, fierce and meticulous mind to the greatest, most urgent question of our time”, so writes 2004 Sydney Peace Prize recipient Arundhati Roy.

She is not afraid to ask the tough questions and skilfully articulates how today’s economic system preserves devastating forms of structural violence. She puts forward climate change as the great unifier; an opportunity to right the wrongs that have been committed in the name of the economy. Fixing climate change means changing how the economy works at its core, and there are many powerful movements across the world disillusioned with decades of neoliberal policies. Klein inspires people power, and encourages everyone to stand up and work together to promote a new agenda for sharing the planet. This movement is not just about climate change, it is about climate justice and it is powerful.

The bottom line is this: as we get clean, we have got to get fair. More than that, as we get clean, we can begin to redress the founding crimes of our nations. Land theft. Genocide. Slavery. Yes, the hardest stuff. Because we haven’t just been procrastinating climate action all these years. We’ve been procrastinating and delaying the most basic demands of justice and reparation. And we are out of time.